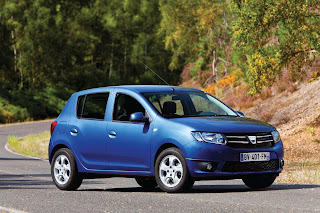 This is an important car. Not just for Renault (which owns Dacia) but for the punter. With Renault’s financial might and marketing muscle behind it, the Dacia Sandero will become successful. That means other manufacturers are going to have to re-look the idea of budget brands.

Both SEAT and Skoda were initially regarded as budget brands, but look at them now, well built, well established and taking business away from factory siblings.

Renault will not make that mistake with the Dacia brand. It is being built for less sophisticated markets with poorer infrastructure. So it has to be built strong and reliable. More robust engineering and less electronics should also make it more reliable.

French cars have long had a reputation for good basic engineering but poor electrics. Although the electronics issue has mostly been resolved, the reputation sticks, so the less complicated Dacia might just be seen as being a more attractive ownership proposition. And now it's in the UK, at a price of £5995! 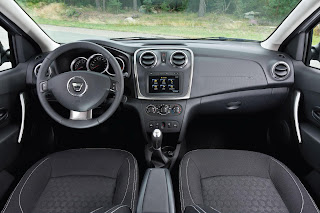 Compared to current cars in the Supermini class it might not have the creature comforts that one might expect, but it does have five seats with a 60/40 split folding rear seat and power assisted steering. There’s no radio, but it comes pre-wired for an accessory fit radio and speaker system. ABS with Emergency Brake Assist, ASR traction control, ESC (Electronic Stability Control), driver, passenger and front side airbags and ISOFIX points in both outer rear seats are all standard.

However, there will be two additional trim levels offering more kit, but that adds to the price. And it will be interesting to see how the great British public react to this new less-frills approach to cheap motoring.

The charm of the Sandero is that although it might be bought as a second car, many people will be tempted to use it as their first car - and then buy another one for their second car.

A two-car family for 12 grand? That has to be tempting – and leaves all the more to spend on the weekend hoolie weapon.
Posted by John Fife at 10:23