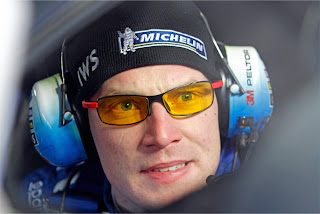 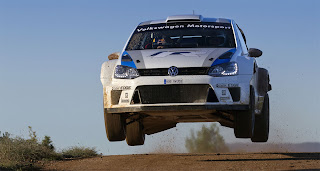 With Ford cutting back on its rallying involvement, there’s no surprise that Jari-Matti Latvala has just announced that he will join Volkswagen for it’s FIA World Rally Championship (WRC) campaign.

Together with co-driver Miikka Anttila, Jari-Matti will be drive a Polo R WRC on the Rallye Monte Carlo in January next year.

The 27-year-old Finn has achieved seven WRC round victories and was runner-up in the 2010 world championship and, since his first rally success in 2008, maintained the record as the youngest rally winner in WRC history.

Also formerly with Ford, Volkswagen Motorsport’s Director Jost Capito, said: “He’s one of the most distinguished WRC drivers in the field and has experience, aggressiveness and exceptional speed. I’ve known Jari-Matti since his early days in rallying and have been watching his development very closely. He’s a true reinforcement for our team.”

Latvala is joining Volkswagen after five years with the Ford factory team. “The time at Ford was very valuable for me and I would like to thank everyone who supported me there in the past years – it wasn’t easy for me to say goodbye. At the same time, I see the change as a personal new beginning. I’ve taken this decision in order to make another step towards reaching my big aim: the world champion’s title with Volkswagen.”

Latvala was 17 when he contested his first WRC event, Rally GB in 2002, joining Malcolm Wilson’s Ford operation in 2008. To date, he has participated in 115 WRC rounds, been on the podium 31 times and scored 612 WRC points.

Miikka Anttila has been his regular co-driver since 2003.
Posted by John Fife at 10:34