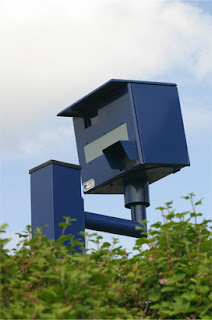 It’s not just the British Polis who are after our money, the French are just as bad. Anyone driving in France now has to carry two breathalysers, even if the driver happens to be a signed-up, teetotal grape and grain detester.

The latest ploy to attract instant fines on French roads is having a SatNav unit that has Speed Camera Detectors built in. Apparently some English fans on their way to Le Mans got caught out!

For some years now it is has been strictly forbidden to have a speed camera detector in a car in France, regardless of whether or not it is being used. Penalties can include fines of up to €1,500, confiscation of the device and of the vehicle.

Until recently this legislation didn't apply to satellite navigation or other GPS-based systems capable of displaying fixed speed camera locations as points of interest (PoI).

That changed earlier this year when French laws prohibiting drivers from carrying 'speed detecters' were extended to include devices able to warn or inform of the location of speed cameras e.g. SatNav or GPS systems capable of showing speed camera sites as PoI.

So, if you have a SatNav capable of displaying French camera locations in France, then you must at least disable camera alerts before driving in France. That might mean contacting the SatNav unit supplier for a ‘software fix’. If the unit is built into the car then contact the vehicle manufacturer.

And here’s a happy thought to finish up with. If you contravene French driving laws you can also have your UK driving licence confiscated by the Gendarmes. And if you don’t happen to have a friend, relative or spouse with you who has a valid licence, your vehicle will be impounded.

They still haven’t forgiven us for losing the Olympics, eh?
Posted by John Fife at 11:32