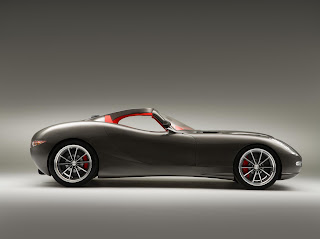 There’s a growing number of classic, nostalgic, exotica and general interest motoring events taking place around Britain these days. Events like the Goodwood Festival of Speed and the Cholmondley Pageant of Power and of course the Rally Day at Castle Combe are top of the list, but the list is growing. The vast majority of these events welcome all and sundry, and in return for a few coins of the realm, motoring and motor sports enthusiasts can have a grand day or weekend out mingling with like minded souls.

Then there are the other more exclusive events like Salon Prive in Syon Park, West London (5-7 September) which is more of an automotive themed Garden Party. This is where society’s glamorous and fashionable gather for a lobster luncheon, washed down with Pommery Champagne, and a traditional afternoon tea.

As part of it, and billed as the UK's most prestigious Super Car Show, the Chubb Insurance Concours d'Elégance appeals to enthusiasts, collectors and buyers of modern and classic super cars. And where the likes of us can only get as far as the fence to peer through the gaps at the glitterati gathered around the shiny, chrome encrusted collection of metal and glass living sculptures. 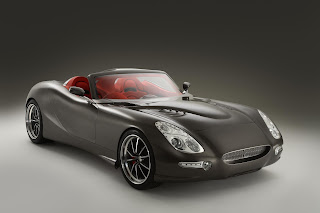 Like, for instance,  the British sports car maker, Trident, who will display its new Iceni Grand Tourer at next month’s event.

This not just a concept, Trident Sports Cars will be taking orders for this sleek monster at the show.  Apparently it will be good for 200 mph and a 0 to 60 time of 3.7 seconds. That’s down to the company’s patented Torque Multiplication technology.

Built in Norfolk, Trident is taking orders now, and given the spec and the looks, it almost sounds quite reasonable at £75,000.

Now, I wonder if they’ve plugged the gaps in the fence from last year.
Posted by John Fife at 14:39