Rallying in the media

As far as the mainstream Scottish press and media are concerned, this weekend's Wales Rally GB is a 'foreign' sporting event of no interest to its readers, viewers, listeners and browsers. It may be a World Championship competition but there is little in the way of Scottish significance. If ever the sport of rallying, and even motor racing, needed a national hero it is now.

Not since the glory days of McRae and before him Stewart and Clark has Scottish motor sport enjoyed its days in the sun. Such success provides a 'halo' effect that engenders a wider national interest in the sport at regional and national level. Over the past ten years the sport has lost out badly despite the best efforts of the likes of Gordon Shedden, Jonny Adam and Rory Butcher - well known to us, but not to the man or woman in the street.

We have many promising drivers up here but all are frustrated by lack of budget and lack of opportunity, and with that, a lack of public exposure to attract sponsors. On that basis, Scottish motor sport surely needs a full-time professional Press and PR person to highlight the individual successes, record the achievements and promote the sport to an unknowing and unaware generation on a national scale. But that's another argument for another day. 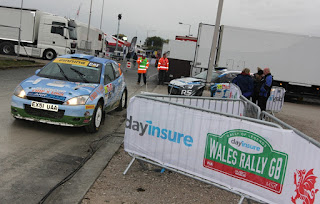 Last year around 16 Scottish crews participated, this year barely 5. Last year my big pal Jaggy was there to record their adventures for posterity. And perhaps to highlight the current state of rallying's exposure in the Scottish media, he travelled south with only three commissions, two from Scottish outlets and one English (anything for a pound, eh?) but after all costs and expenses were paid he cleared the sum total of 40 quid for four days work! That equates to ten quid a day which is barely more than the national minimum wage for one hour's work, let alone a day's work, and a long day at that. This year only the English outlet offered some recompense, whereas both Scottish outlets said they had no budget - but they would take anything sent in return for a credit. Imagine going into Greggs and asking for two pies on credit.

Had there been a 'McRae' in the mix (and yes I know Jim is taking part) then things would have been a whole lot different. If this country had a 'star' going for the win or the world title, you can bet your little suede driving boots that attitudes would have been different and interest higher. Kris Meeke and Elfyn Evans don't cut it as far as the Scottish media is concerned. 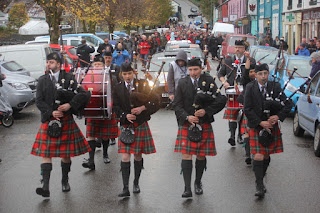 Sadly, no Welsh trip this year, but my big pal is certainly off to a much bigger and more important event next week - Rally Wales has 192 miles of stages in three days and one evening, while Mull packs in 148 miles in one day and one evening. Despite a post-Mull announcement last year that it was his last, as the 2019 date drew nearer the big lad had a re-think, perhaps the 50th anniversary was one worthy of attending.

So he phoned the organisers to ask about media accreditation and was told "Your media pass is already printed!" Then he phoned his usual digs to enquire fearfully about the availability of a room and was told "Yes, you did say that you wouldn't be back, but we didn't believe you. Your room was reserved!" To cap it all, the lady who runs the local 'Round & About' island newsletter sent a short email stating that she would be away when the rally was on, but she would be expecting the usual feature on local crews by the time she got back.

Sounds like it was all planned without him, eh? 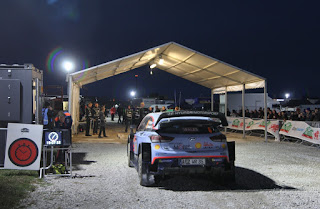 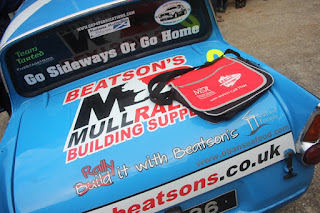