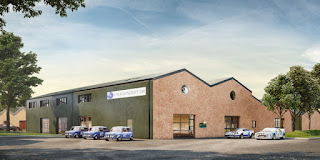 With rumours circulating for some time, Motorsport UK has confirmed that British motor sport's governing body will move from its present premises at Colnbrook in Londonshire to a new facility at Bicester, between Banbury and Oxford and right beside the M40, next year (2020).

Run by an organisation called 'Bicester Heritage' the 444 acre site at the former RAF Bicester airfield is currently being transformed into 'Bicester Motion' the UK’s only centre for historic motoring excellence. It is the national centre for a £5.5bn per annum industry that employs over 34,000 skilled people. Founded in 2013 Bicester Heritage is now home to 40 specialist businesses, and growing! 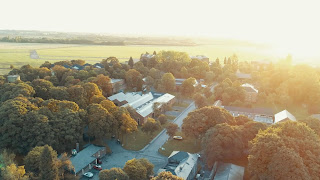 Motorsport UK has been based in Colnbrook, near Heathrow, since 1988 but the new location should provide significant geographical benefits for the rest of us. Situated just off the M40, Birmingham and London are less than 60 minutes away by rail. A planned hotel and conference centre is due to open in 2022, providing additional facilities for meetings, training and conferences.

Further down the line, Proposed track facilities will be used for training, testing and perhaps even licenced sprint meetings whilst providing an additional opportunity to host events for the sport, and create community gatherings.

Hugh Chambers, Motorsport UK CEO, said: "There are clear synergies between the objectives of Motorsport UK and Bicester Motion, particularly in terms of engaging the public with the automobile and more specifically, motorsport. Not only does it make perfect sense geographically, but the relocation is designed to be cost-neutral, so it is a fantastic opportunity for Motorsport UK to make a move which is long overdue. The location, in the heart of ‘Motorsport Valley’, will allow us greater access to the motorsport talent pool, and enable us to more effectively develop our commercial relationships, as well as being logistically more suitable for the governance of the sport."

“The plans for a hotel and conference complex, the centre for technology businesses and driving experiences really do provide the ideal facilities and backdrop for us to engage our clubs, members, and the wider motorsport community. Ultimately it will help us to showcase the sport to the public and inspire a growth in engagement.”

Daniel Geoghegan, Chief Executive of Bicester Motion commented: “The partnership between Bicester Motion and Motorsport UK enables both organisations to address the advances in the automotive sector and motorsport. Motorsport UK will move to a temporary office location at Bicester Heritage, a component part of Bicester Motion, in mid 2020, with a view to developing a new permanent office building following the disposal of the existing Colnbrook offices. Motorsport UK’s office will be located in the New Technical Site, which will provide purpose-built units in addition to the existing buildings on the historic site. The new Motorsport UK HQ will be amongst the first to be completed in this development."

Y'know something folks, despite all my cynical misgivings in the past, from the 'high-falutin' RAC Pall Mall days to the 'blazered' Colnbrook era, I'm beginning to feel that motor sport in the UK might just have a future after all. The guys in charge are now really beginning to make their presence felt. There are still many out there who think that change is not happening quickly enough, but anyone who has cleared out a loft or a garage knows only too well that it takes an awfy long time and much running about to clear out the rubbish, blow out the cobwebs, fix the lights and clean up what's revealed.

It's more dustbin, duster and dyson than magic wand - but hey, things are moving, eh? 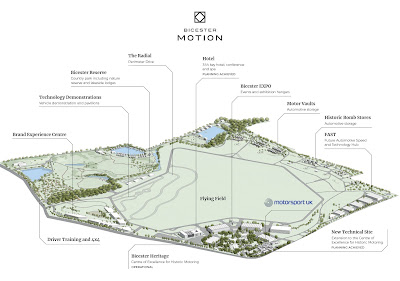