I mentioned ‘nutters’ in a previous post and true enough, they are indeed out and about on Mull, in October, in the wind, and the rain, and the cold. Undaunted these five young lads were attempting to erect their tent in the face of a Force 10 gale (slight exaggeration for effect!) in their chosen spot. And how was this spot chosen? Was it sheltered? Nope, not in the least. It was chosen because they could get a 4G signal for their phones. Us auld gits will be totally flummoxed by such a notion, but younger minds will nod their heads knowingly and completely understand. The lads were all from Comrie and representing the EunosEcosse Car Club, and they were here for the rally despite the fact that they are sprinters and hillclimbers as opposed to rallyists, but such is the lure of the Beatson’s Mull Rally, they were here to spectate and wallow in the atmosphere. I wished them well and left them to it. 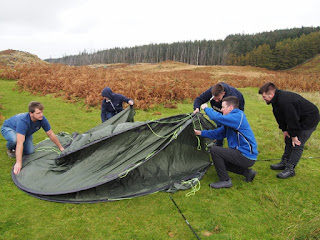 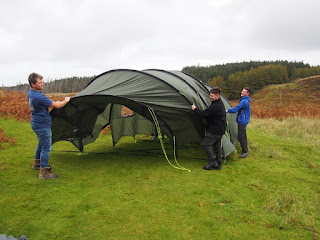 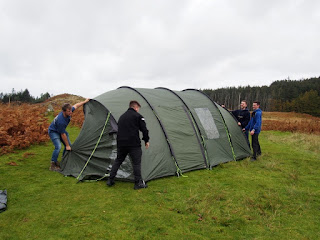