The 2017 Dayinsure Wales Rally GB is already a memory, but for those who took part, whether they thrived, or just survived, it will be more than a memory. This was not just a rally, it was an event, an occasion, a rally star studded extravaganza of sport and wall to wall enthusiastic and appreciative spectators.

Now that the world rally car monsters have gone, the trees have stepped back to their precarious trackside positions, the sprayed mud has shlithered back into the ruts and pot holes, although the stones still lie scattered across grass and gravel like rocky shrapnel. The wildlife too has reclaimed its habitat now that the anoraked hordes have departed.

The only signs that the monsters have passed are shattered remnants of fibreglass and perspex, torn stickers and wisps of warning tape. Silence too has returned, creeping back to engulf the woodlands which were rent asunder by the thunderous shotgun staccato of over-run and anti-lag, spectatorial screams and the cheers of adulation and fanatical exultation.

Rallying is not just a spectator sport, it assaults all the senses, the sight of fire spitting, gravel spraying, fire breathing monsters hurtling past like multi-coloured shards of lightning. The pistol crack sound, the acrid smells in the nostrils, the taste of gravel and grit in the mouth and the feel of uncertain terrain underfoot as fans scramble for the best vantage points across ditches and up bankings. This is the sport that others seek to stifle and control. Sod that!

Sadly, the Scots failed to add a fifth consecutive year of domination on the National, event. Tom Preston and his Fabia R5 was just too good a combination for last year’s winners, Bruce McCombie and Michael Coutts, but there were two other Scottish crews in the top ten, John Wink and John Forrest in 5th place and Alasdair Graham and Laura Stuart were 8th.

Simon Hay and Calum Jaffray just missed out on the top ten in 11th place while young Ally Currie and Steven Brown were a magnificent 16th first time out in their prize-drive Fiesta R2 winning their class by over 3 minutes.

Geoff Goudie slipped out of the top ten to 21st while the Redpath boys, Max and Callum, scored a marvellous 31st and snatched a last gasp 3rd in class this morning in their hardy Peugeot. Michael Robertson and Gary MacDonald were 34th, Gordon Alexander and Ian Clark were a valiant 48th in the Corsa, while Ellya Gold and Jean Hay were sidelined with clutch and hydraulic failure, and David Ross and Kyle MacKintosh had more fuel pump trouble.

Meanwhile up at the posh end of the entry list David Bogie and Kevin Rae finished best in the International in 14th place, John MacCrone and Rhianon Gelsomino were 21st and Euan Thorburn and Paul Beaton 27th while Matthew Wilson and Stuart Loudon were 39th.

All of them had their troubles and challenges and some did better than others. Regardless, they will all have memories that none of the rest of us will have. They were there – and they did stuff!

Oh, yes, some others did well too. A French bloke won a title, while the rally itself was won by the young Welsh wizard Elfyn Evans and his Note-able compatriot, Daniel Barritt. Go boys, go. May it be the first of many. 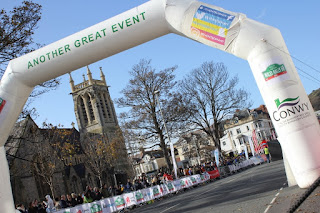