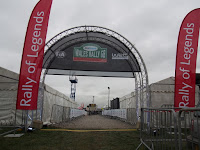 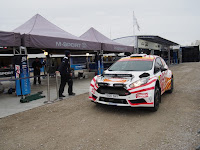 It takes a lot of time, effort and manpower these days to organise a two day National Rally so what those enterprising folk here in Wales have done is invite a few furriners along to make up the numbers. There’s 81 Nationals down for Dayinsure Wales National Rally GB and 79 of these extra runners doing the International bit. Apparently they have been given their own competition as well, so they have something to go for.

Rather than have them feeling a bit over-awed by the pace of our National clubmen, these foreign types have also been given their own separate running order to make them feel welcome. They in fact have a separate official Start and spectator stage tonight just along the road outside Rhyl and they’ve got their own Special Stage at Tir Prince Trotting Track to get their competition underway.

Most likely a good idea. A Trotting Track might be a bit tight for our lot, whereas our lads and lassies get their own official Start in Chester city centre tomorrow night before hitting the Cholmondeley Castle spectator special and forest tracks on Saturday.

Another concession to making the visitors feel welcome are a number of special ‘guest appearances’ from the likes of David Bogie, Euan Thorburn and John MacCrone plus other top British clubmen. Even Jim McRae has been prised out of his allotment to swap his gardening gloves for driving gloves and get behind the wheel to add some lustre to the entry list.

And if that was not enough Cumbria’s Matthew Wilson will be joined by our own Stuart Loudon in an M-Sport Ford Fiesta, but apparently if he starts threatening the pace of a chap called Sebastien Ogier, team orders will be applied i.e. his faither will have a word in his ear and tell him to back off. 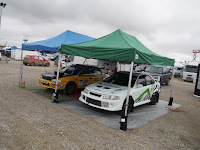 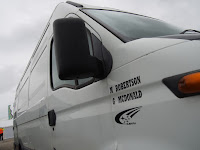 Even so, top seed and last year’s winner Bruce McCombie will have an awfy fecht on his hands with the likes of Roger Duckworth, Tom Preston and Dylan Davies running right behind him. But he’ll have home support from the likes of John Wink, Simon Hay and Alasdair Graham plus others.

Scrutineering for the Nationals takes place tomorrow, and so the Internationals don’t feel left out by the huge haunfaes of National fans expected to turn up for this, they have been given a few forest tests to run through to get acclimatised before the big day dawns on Saturday.