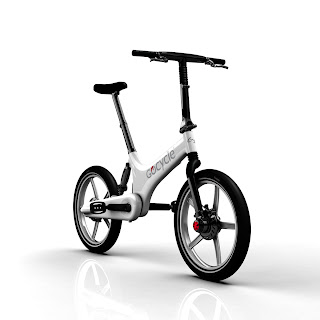 So what does a McLaren Cars engineer do when he leaves the world of high octane and higher speeds. In Richard Thorpe’s case he designs a bicycle, but not just any bicycle.

In 2009 he launched his first generation G1 lightweight electric bicycle and was all sold out by 2011. So, for the past year he has been improving the concept and building the G2 which is now available to buy.

At 15.6 kgs, this is probably the lightest production electric bicycle available today, and uses a revolutionary injection-moulded lightweight magnesium frame and a compact electric motor. 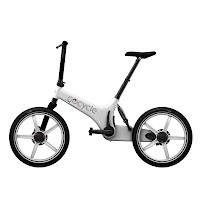 The G2 version benefits from an extended range lithium battery, torque-sensing pedal drive, and a quieter motor drive unit and has a range of up to 40 miles. It comes with multiple user-defined assistance modes with speed, electric gear selection and battery 'state of charge' displayed on the handlebar dashboard display.

And for the true geek or seriously disturbed individual, there can be a Knightrider / Cylon from Battlestar Galactica-style dashboard! 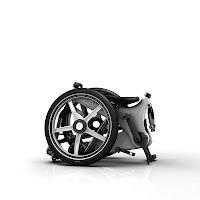 There’s just one tiny wee problem, the price. But before you look at the total, think on this, it costs a single penny for every 10 mile journey. So the next time you are sitting ‘parked’ on the dual carriageway heading into Glasgow, Edinburgh or Aberdeen during rush hour, just ponder the thought - for a mere £2,704 you could be pedalling along oblivious to the cursing from inside the stationery tin boxes while enjoying the sights, sounds and fresh air!

Parking charges? Forget it. Fold it, and push it under the desk. Worth a thought, eh?