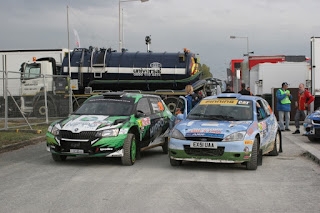 The Dayinsure Wales Rally GB National event got underway this morning some 3 hours after the ‘other’ event started with last year’s winner Tom Preston leading off the National field. Running second seed was the 2014 National event runner-up Andrew Gallacher. No favouritism here of course, but all Andrew and Jane need to do is go one better than they did in 2014. The Scots have an excellent record on this event. Euan Thorburn won it in 2013, Mike Faulkner, Andrew Gallacher and Barry Groundwater filled the top 3 places in 2014 with Faulkner winning it again 2015. Bruce McCombie won it in 2016 before the English got it back last year with Preston taking the laurels. 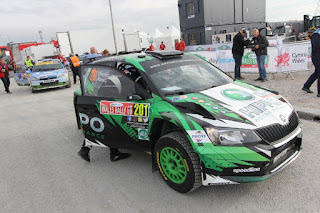 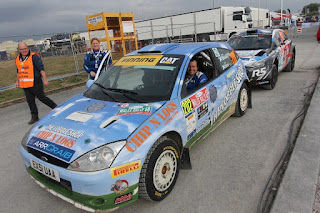