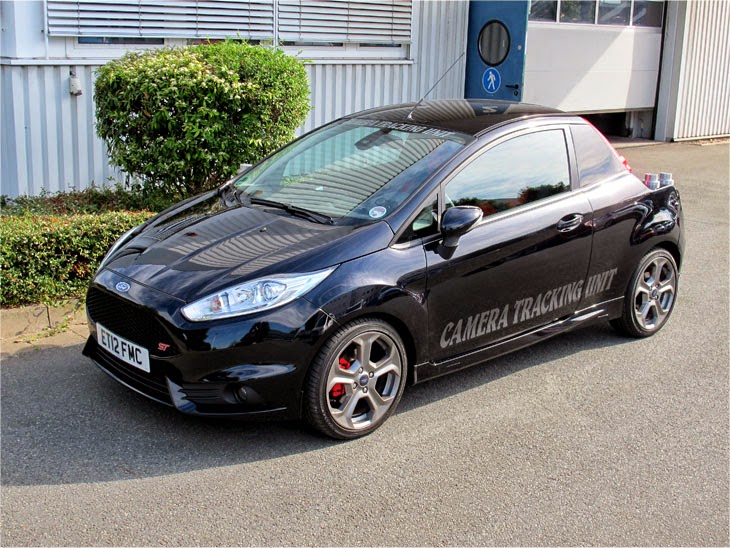 I have been amazed at the amount of interest shown the other day in Ford’s Fiesta ST based camera tracking car, so I dug this out. The Fiesta based machine was not Ford’s first camera car, as it has replaced a Focus based machine which itself replaced a Ford Mondeo, but here is a pic of my favourite, built on a Ford Transit.

Many of you will know about Ford’s competitions department based at Boreham in the 60s and 70s and the later Advanced Vehicle Operations at Aveley in Essex, but what you might not know is that Ford still has a Special Vehicle Operations unit just outside London. This is where they continue to build oddball machines for specific duties or for show and display purposes. For instance, they are currently working on a rather special Transit for the Commonwealth Games.

Anyway, this particular Transit camera ‘car’ was built at their similar facility in Germany where they also have a reputation for building one-offs. In fact, it was the German outfit which created the Ford Transit Connect Express – a 150 mph bog-standard looking compact van till you looked underneath and inside. It ran on full Escort Cosworth running gear and had a full cage plus race seats inside.

This camera Transit is still in use though, and is rather special as it has a camera platform on the roof and a sliding height adjustable seat for a cameraman for the tracking shots.

The Stannah stair lift of camera cars perhaps?
Posted by John Fife at 15:11