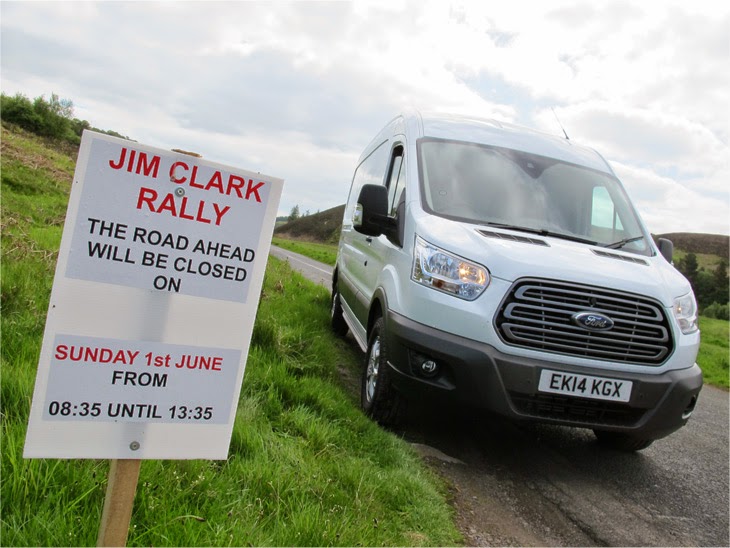 There must be a rally on somewhere. This pre-production 'works'  prototype was spotted out recceing ahead of this weekend's Jim Clartk Rally which starts tonight in Duns at 7pm. Makes you wonder who the 'works' driver is though, eh?

The shakedown passed off (almost) with out incident this morning just outside Kelso. A certain white Honda Civic went hedgetrimming, but we'll save the driver's blushes. Suffice to say, it's mainly cosmetic but it will need a windscreen before tonight.

Had a chat with Damien Cole. He had the Focus nearly flat out in a couple of places this morning but a guy with his experience gets dialled in pretty quickly. He' running Epynt settings for this event and he went 2 seconds quicker on his second run than he did on his first and 3 seconds quicker on is third.

When I asked how fast the Focus was geared for he said the data showed that the fastest he achieved on the Manx was 119.4 mph, and when I asked if there was anything left, young Elliot Edmondson (co-driver) piped up: "That was fast enough!"

Just wait till he hits the Berwickshire roads! 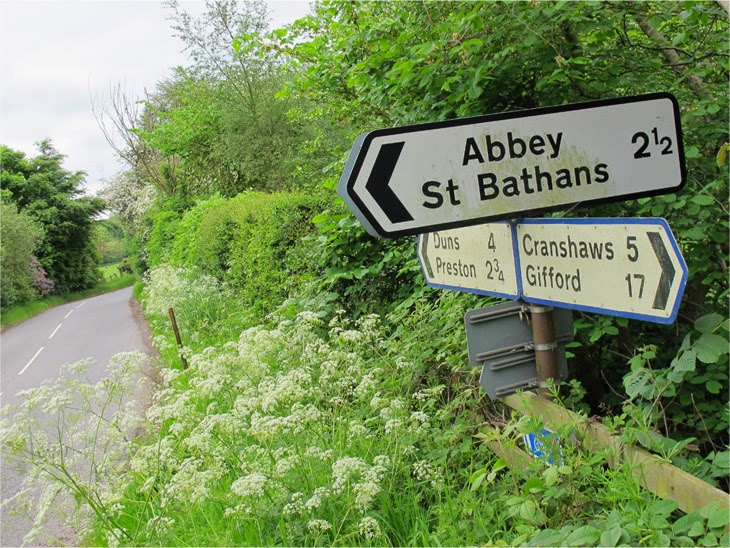 And here's a name to conjure with. One to strike fear into the hearts of the timid and inspire the bold, the brave and the foolhardy. Bring it on.
Posted by John Fife at 15:01