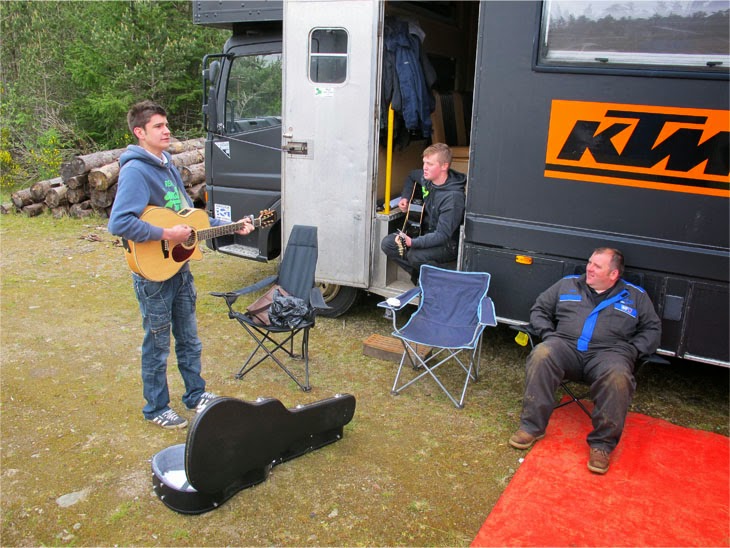 Right you lot. Cast your minds back to the Tunnock’s Mull Rally. During the course of my perambulations and subsequent scribblings I mentioned a couple of youngsters, 18 year old Ruaridh Allan and 16 year old Jamie 'Fred Jnr' MacLean. They were contesting their first ever rally in their own self-built Vauxhall Nova. Rallying on a budget? They were raising funds by taking ginger bottles back to the shops to get the money!

Actually, they weren’t very good at all – they were excellent. I don’t know where Ruaridh’s voice come from, but shut your eyes and it conjures up an image of a very young ‘Man in Black’, not so much Johnny Cash, more Johnny IOU. It’s not a tribute act by any means, but Ruaridh has a seriously listenable voice inside that skinny frame and young Scott can play the guitar and sing too, which just goes to show that there are talent genes in the Sinclair family, even if they did by-pass his faither.

There’s a couple of clips on the lads’ Facebook page and although the sound quality is not great, it’s well worth a listen, and if you need some entertainment at any function, then these boys will do the bizz.

A word of caution though, keep them away from the beer! The ‘boys+beer’ is like throwing a bag of Smarties into a hungry crèche. So give your lug'oles a treat: