Osian Pyce still leads the BRC part of the Jim Clark Rally after 11 stages this morning, despite a wee woopsie which may have damaged the steering, but this will be checked at service and is causing him no concern. That has allowed Daniel McKenna to close the gap to one second, and there's still \ heckuva long way to go. 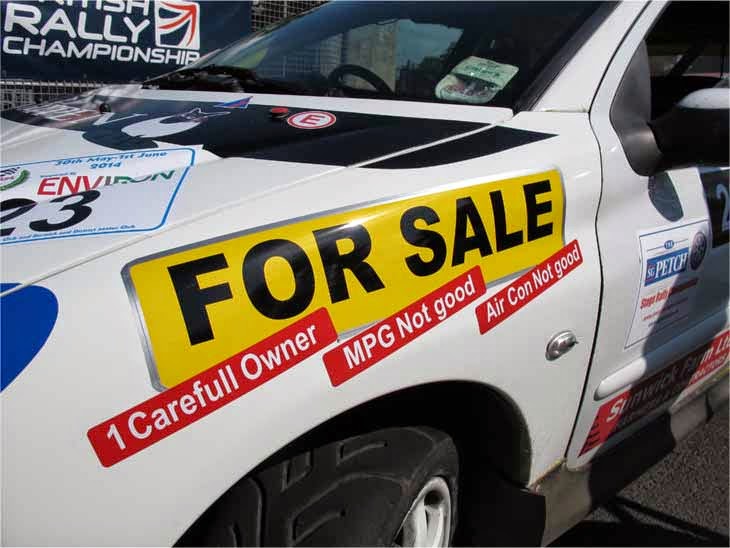 Callum Black is still third with top Scot, Garry Pearson in fourth. In the BRC Challenge Richard Sykes is having a real old ding don with Ross Hunter, the pair swapping seconds depending on the nature of the stages.

Dangerous Des Campbell is third and although he had the car up for sale before the rally - he says he's keeping it now. He's loving it out there. 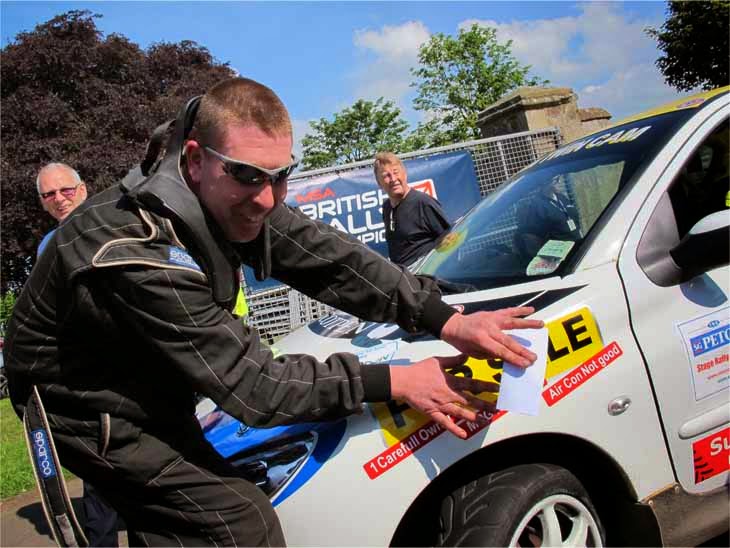 In the National event Steve Simpson continues to lead Damien Cole by 22 seconds but after a cracking start in the Saturday morning suinshine, Peter Taylor has closed the gap to Cole to 7 seconds.
Neil Simpson is still fourth and although he claims this is just a test for the car ahead of the European Championship round at Ypres next month, he giving it plenty. He is in fact running the new ERC control tyres on this event just to see what they are like.

Barry Groundwater is top Scot in  (apart from young Taylor who is nearly Scottish) 7th place ahead of Simon Mauger and Alistair Inglis who set a stunning time over Edrom this morning. He said: This rally is better than sex". Barry said: "At his age, anything is better than sex!"

But Barry has a job to do. He's going to take a photo of the scorchio sun blessed showground service area and send it to The Sheriff who is over in Barbados for the Rally Festival. All that way for sun and rum and rallying, and he could have had it all here in Kelso for a fraction of the cost.