In what has often been viewed in the past as a somewhat natural association, the link between Land Rover and Bowler has just been formalised. From now on, all Bowler competition vehicles will carry the legend, ‘Powered by Land Rover’. 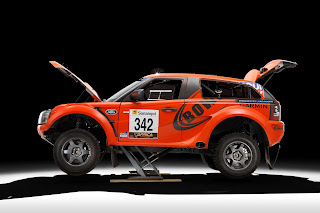 Both parties will benefit from this agreement, Bowler will have access to components plus technical and development support from Land Rover, while Land Rover engineers will be able to involve themselves in an extreme performance-orientated programme.

From its first competition vehicle of the mid-1980s, Bowler has based its racers on Land Rover technology.  The company’s latest EXR rally raid competition car and the road-going EXR S both use modified engines, chassis and other components from the Range Rover Sport. 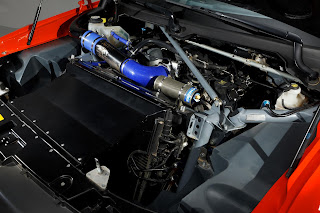 Mark Cameron, Land Rover Brand Experience Director, Global Marketing, said: “For over twenty years, Land Rover’s technology has powered Bowlers on some of the toughest and most gruelling off-road sporting events in the world.  We’re proud to have been part of Bowler’s success and, just as its latest models come to market, this new formal partnership will fully acknowledge the role of Land Rover technology in Bowler’s high performance all terrain cars.”

Drew Bowler, Managing Director of Bowler, said: “It is Land Rover’s support as well as its technology that has helped Bowler to gain an incredibly strong reputation for extreme off-road performance over the last two decades.  And as we embark on a new era for the business – introducing our first model engineered for use outside competition racing – I’m very pleased that the relationship has been formalised.”

The latest EXR follows in the footsteps of its predecessors , the Bowler Wildcat (produced from 1997 to 2007) and Nemesis (2006-2011), which were originally designed to compete in the world’s toughest rally raid events, including the Dakar Rally, the Silk Way Rally and FIA World Cup for Cross Country Rally events.

Speed durability and strength don’t come cheap though, the Bowler EXR rally-raid competition car costs from £145,000.  It uses a modified version of the naturally-aspirated 5 litre V8 Range Rover Sport petrol engine, which is restricted to 300 bhp maximum power and 582 Nm maximum torque in line with FIA restrictions.  The EXR is fitted with a six-speed manual gearbox and Ricardo front, centre and rear differentials. 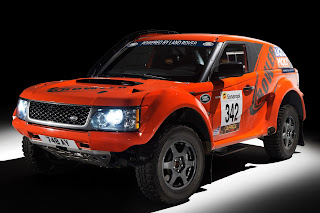 The new Bowler EXR S is the first Bowler engineered for road use.  It shares the EXR’s hydroformed base chassis (with the engine moved 300 mm rearward) and various switchgear, light clusters and grilles, all from the Range Rover Sport.  The EXR S also shares the same strong and lightweight composite body panels with the competition machine.

The EXR S is fitted with a modified version of the Range Rover Sport’s supercharged 5 litre V8 producing 550 bhp and 705 Nm in a machine which weighs 1800 kgs! According to Bowler it will cover the nought to 60 mph sprint in just 4.2 seconds, although the top speed is limited to 155 mph.  Keeping that lot under control is the six-speed ZF automatic transmission and E-diff from the 5 litre Range Rover Sport.

The road going Bowler EXR S is priced from £155,000, but if you’ve got to ask about fuel consumption, then you probably can’t afford one anyway!
Posted by John Fife at 10:43