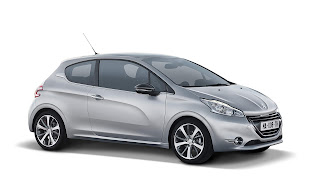 Those of us of a certain age will recall the first Peugeot 205 GTI. A year after the base model 205 saloon was launched in 1983, came the 1.6 GTI, and it transformed the image of the French manufacturer virtually overnight. That one car did more for the reputation of hot-hatches than a French presidential bunk-up in the back seat with a super model.
More to the point, they introduced the Peugeot 205 Challenge, a one-make rally series that was competitive, and just as important, affordable.
That series launched the careers of many front running rally drivers, with the most successful being Richard Burns. Justin Dale, Jonny Milner and Kevin Furber all cut their teeth on 205s and of course our own Colin McRae participated after his early Nova days.
Then came the 206 and a not quite so successful one-make series - followed by the 207 and no more ‘works’ participation. A great pity. And yes, I know the 207 is being used in the IRC series, but it’s not quite a one-make affordable championship for beginners, is it?
Anyway, the latest incarnation of Peugeot’s super-mini series has just been revealed and will be launched next year. Perhaps most innovative of all will be the new series of 3 cylinder engines based on 1 litre and 1.2 litre petrol units, although there will be diesel alternatives yet to be defined.
Also unusual given current trends, the new 208 will be shorter (-7 cm) and lower (-1 cm) but they don’t say if it is narrower!
As for competition potential, who knows? But don’t expect another highly successful one-make rally series.
Posted by John Fife at 10:32