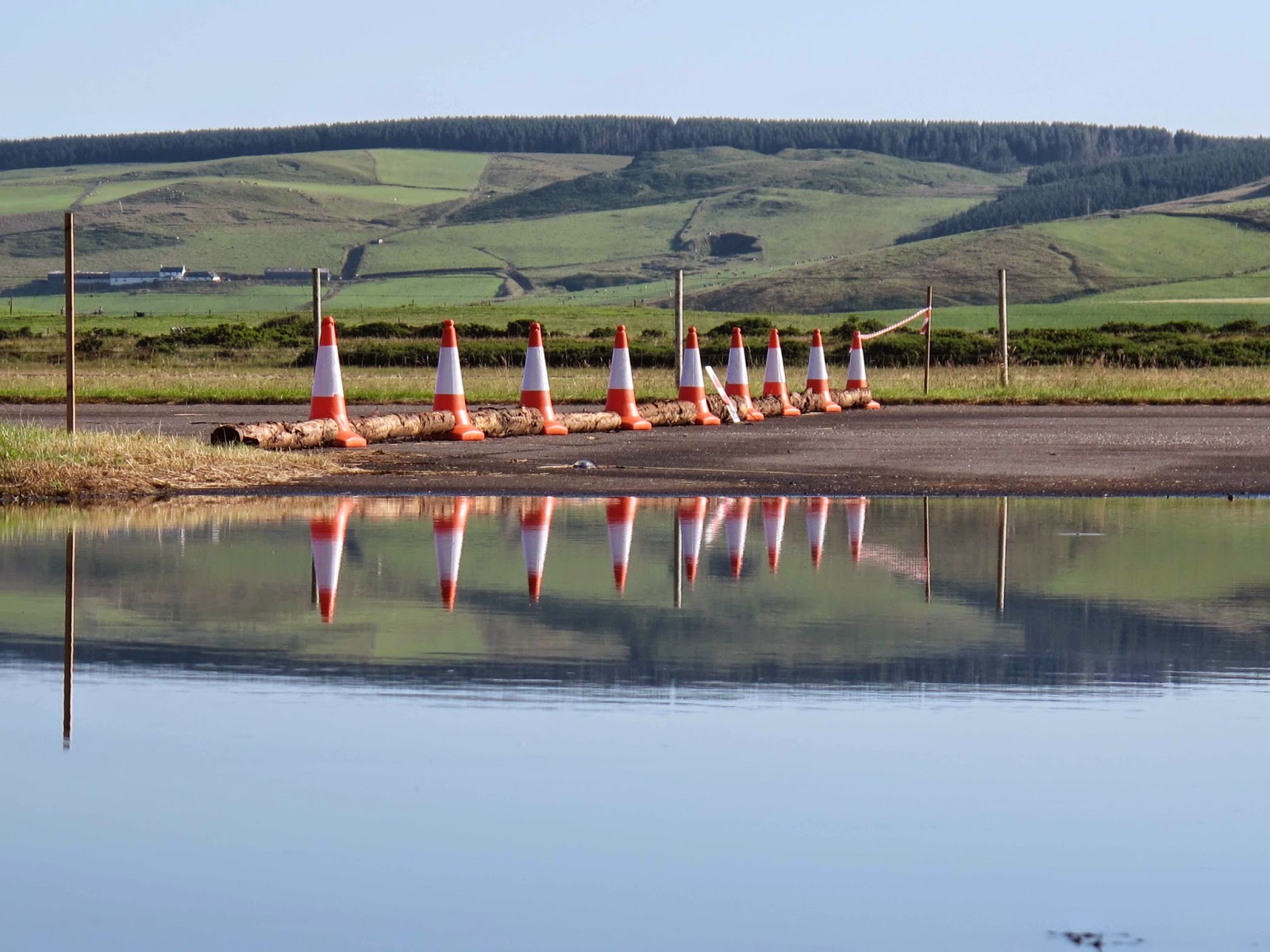 After last night's rain, Machrihanish was based in sunshine again this morning, but had a left a legacy. Antone venturing out on the wrong tyres this morning were looking for trouble. And it wasn't difficult to find. Huge tracts of water lying puddled in all the wrong places. Just ask Barry McKenna. He smacked the Escort's nose on a bale on the first stage this morning, when the soft tyres just slid straight on. Same with Sean Sinclair, he aquaplaned on a lochan (larger than a puddle) and smacked a bale. Neither had anything other than panel damage but it was an expensive lesson.

One wee change to last night's overnight leaderboard. Donnie MacDonald incurred a Max time penalty at the merge where he had a momentary indecision yesterday and has dropped out of the top ten. Quintin didn't re-start this morning. He says the idea was to shakedown the 'new' car for a customer. The real reason? I'll leave you to gusss. He's still in his bed this morning whilst the others are up and about. And if you want to kow why, read the Police Gazette next week. Only kidding, it didn't (quite) get that far!

Oh, and one other thing. Tom Morris told me what the Metro is geared for. 136 mph. He had it flat oot once yesterday, but the stages today are a wee bit slower.
Posted by John Fife at 10:30