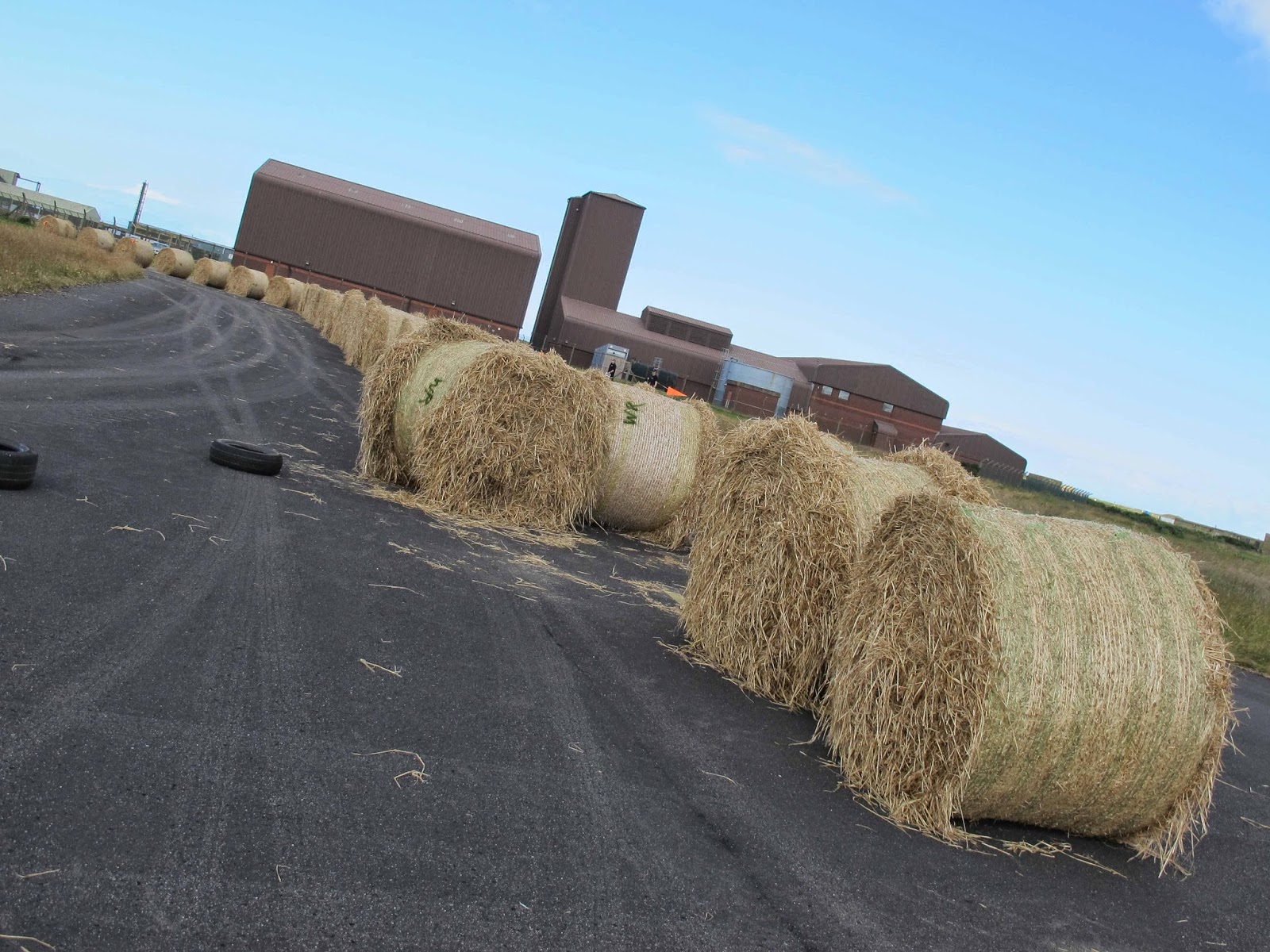 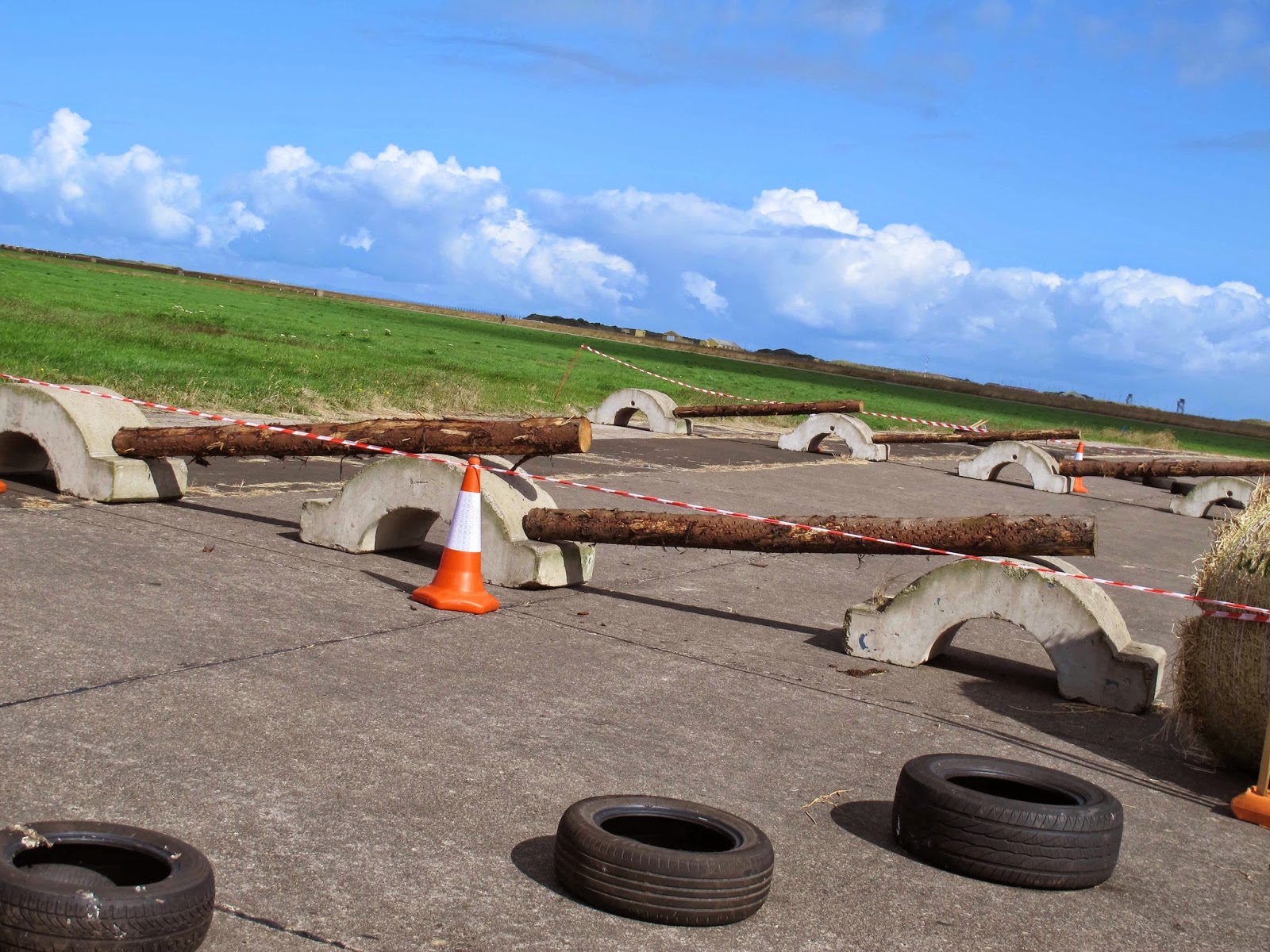 Surf's up ... and so is the tarmac at Machrihanish. The sky is blue, the sea is deeper blue and the old airbase is decorated with cars, vans and awnings. The lap here is about 4 miles long and today's four stages use it twice so that's four, 8 mile tests this afternoon. But what a place, it's huge. Having cycled round it this morning, there are more bales and cones than the population of Campbeltown.

What an amount of effort the organisers must have put it in to mark out the route. I don't think competitors fully grasp the amont of time and effort these willing volunteers have expended for the benefit of their day's sport. The surface is quite abrasive and that's down to the PSV stone (according to Kieran O'Kane) embedded in the tarmac. This is a high quality, hard wearing stone which offers landing aeroplanes more grip allowing them to slow down and stop quicker when they land. And when you consider the size of the B52s that used to fly in and out of here, they need all the help they can get.

That means today's surface will suit the neat, the tidy and the precise. There's lots of top gear and 'haud oan ticht' running with a good variety of curves, corners an hairpins. There's a also a sneaky wee bit where the cars come over a crest, go light on the suspension, then kink left into a depression. That will sort out those with suspension and those without. It will also test nerve!
Posted by John Fife at 12:57