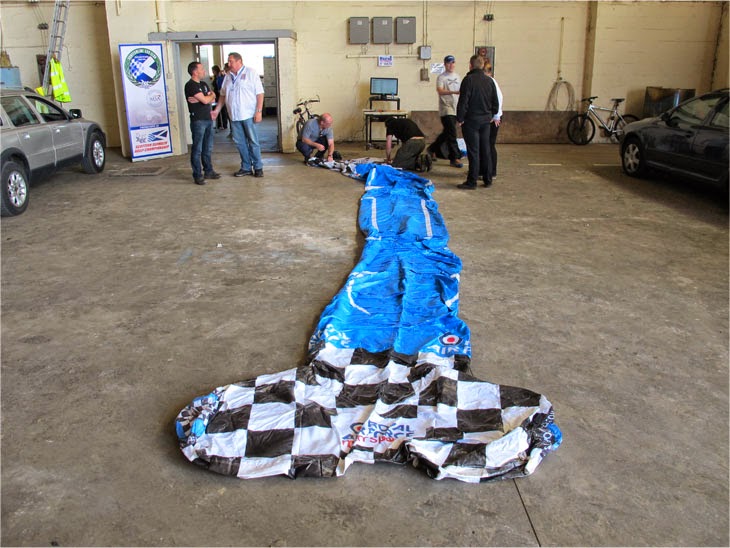 And now for something completely different. Many folk travelling to the Mull of Kintyre at the weekend were disappointed not to see any members of the indigenous wild elephant population. They used to cause huge problems, trampling walls, eating gardens and chasing lorries but over the years numbers have been severely culled.

However, the SSPCE (Scottish Society for the Protection of Cruelty to Elephants) has been instrumental in encouraging the local folks to take a more humane response to the problem. Instead of digging elephant traps at Tarbert to stop the northwards spread of the animal, teams around the Mull have been established to help control the population by using  more traditional birth control methods. As a species peculiarly native to this particular corner of Scotland there were no national stocks of contraceptives readily available. However, with a bit of technical help and sponsorship from Durex, the problem has been solved.

At least, partially solved. The volunteer teams have to undergo regular training on how to handle the beasts and fit them with their ‘jumbo’ sized contraceptives during the early part of the mating season. Apparently the training commences with pet dogs, then Hielan’ coos, before tackling Elephantus Scoticus. On arrival at Machrihanish, rally crews were treated to the spectacle of one of these volunteer crews preparing for their next expedition.

However, this culling of the local elephant population is not universally popular. The Campbeltown Rose Growers Association are not supportive of the programme as they prefer their own locally sourced ‘material’ to John Innes Number 2, and it has also been noticed that the local butchers are having to make much smaller sausages these days.
Posted by John Fife at 20:47