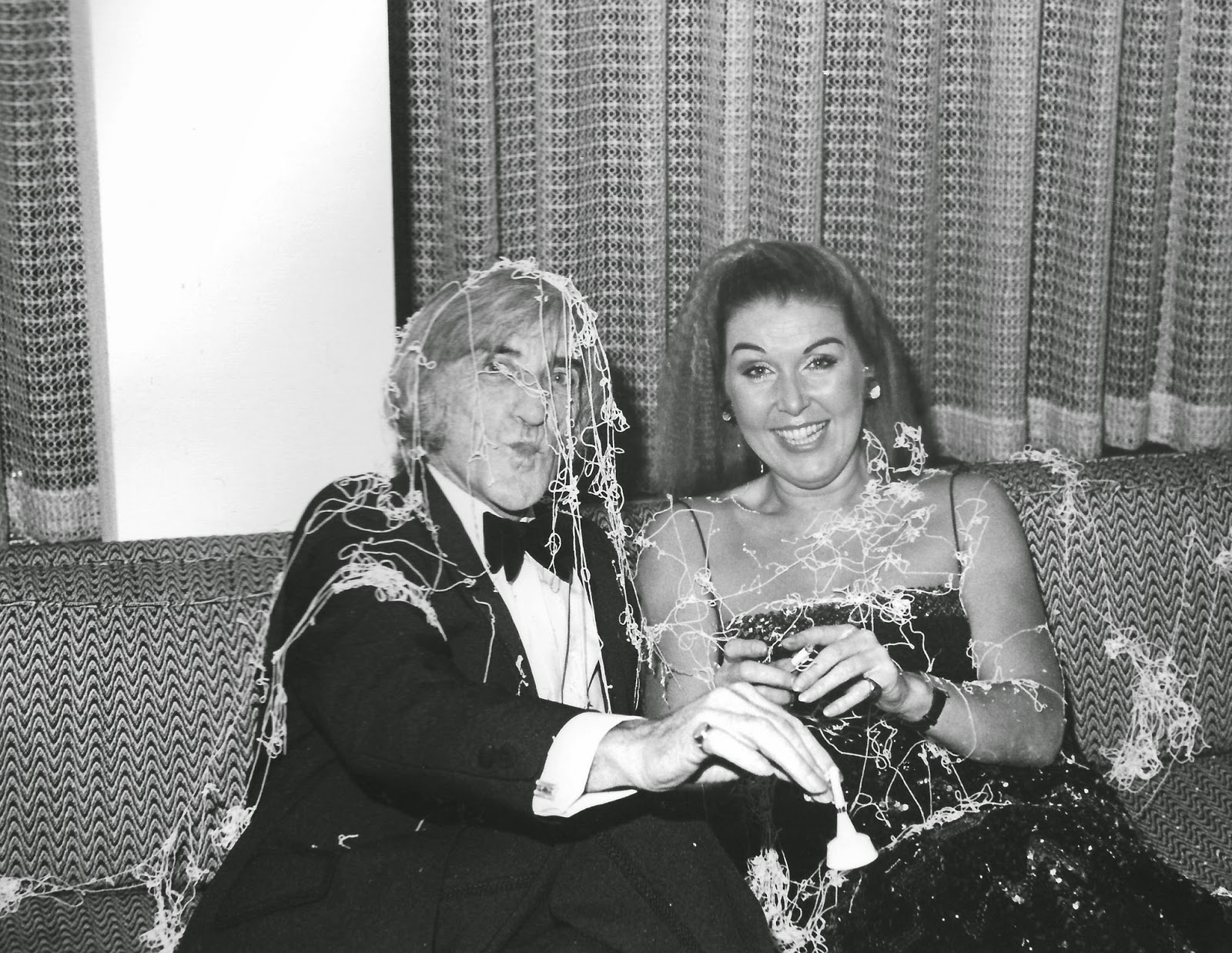 Did you recognise them? The folk in the previous B&W pic were of course, Ivor 'The Driver' Clark with the 1983 Scottish Rally Champion 'Gentleman ' Jimmy Fleming in the background, but the guy in the foreground was Harry Gee. He was the Goodyear Tyre boss back in the 80s and a staunch (financial) supporter of the Esso Scottish Rally Championship, but not because he made a lot of money out of selling tyres to the Scots.

No, the real reason he was such a fan of Scottish rallying was the end of season award bash. He and his wife were guests every year and that was apparently the highlight of their social calendar. And when you think of some of the events in London and abroad for F1 stars and GT racers and the like that Harry attended, that compliment was really rather flattering. There were few speeches and lots of drink, lots of dancing and more drink, and then afterwards when everyone was knackered, just a little more drink. Harry and the Missus were always out of breath and slightly puggled after one of our Scottish 'do's' but genuinely enjoyed the convivial hospitality and the friendliness of the crowd. Aye, he was indeed a great pal to the Championship.

At this same 'do', another photo opportunity presented itself but be careful, don't let the weans see it, it will put them off their tea. I'm not going to ask you who you think is in the fotie cos most of you will recognise them, but I'll bet few of you have ever seen the bloke in this condition. Sadly he's no longer with us, and no they weren't related or together, they just happened to collapse on the same sofa at the same time.