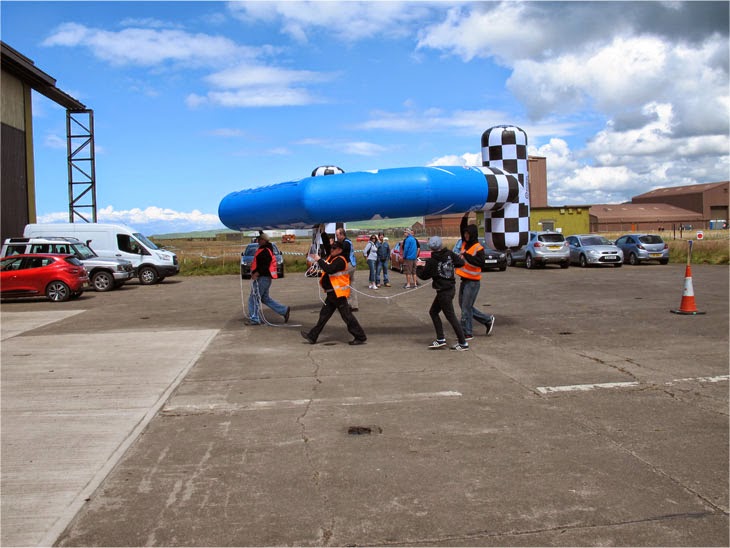 Apparently there are some doubters out there who don’t actually believe there is an ‘elephant problem’ on the Mull of Kintyre. And yes the numbers are dwindling to the extent that they are hard to spot in the wild in their natural habitat, but this just proves that the measures being taken by the local populace to reduce the numbers are working. Here is further proof, if indeed further proof is needed, to verify that earlier report.

One of the RP (reproductive preventative) teams is pictured carrying the prepared contraceptive into the aptly named ‘jumbo’ aircraft hanger where the male elephant (just out of sight to protect its privacy) is being sedated prior to the application of this protective sheath.

Unfortunately I just missed the team carrying in the syringe and only caught this latter part of the process. Naturally, the public were kept well back and each member of the team had to wear a hi-viz vest so that members could keep tabs on, and extricate, each other quickly, should the ‘patient’ suffer in involuntary relaxation of its sphincter muscles – apparently a known and feared additional hazard of this very sensitive operation.
Posted by John Fife at 12:12