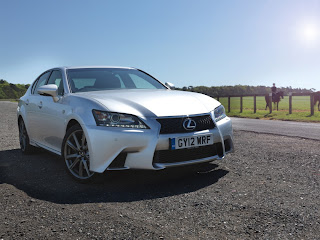 Modern cars are so good and so well equipped these days that it’s the little extra touches that make them stand out from their rivals.

These days CAD methods and the need to comply with an ever growing list of Euro restrictions and stipulations have resulted in a similarity of form and function providing designers with ever more restrictive guidelines. Depending on your point of view, some of their ideas work, and some don’t but at the end of the day it’s not the designer who decides whether a car goes into production, it’s the engineers who have to make it and the marketing team who have to sell it.

Fortunately the world is full of people with differing tastes, so whereas some cars will appear ugly, others won’t. Apparently there are some unfortunate people out there for whom the SsangYong Rodius has all the allure of Christina Hendricks with a cleavage full of cash, whereas the rest of us think a warthog with extra warts has more appeal.

Indeed there are some truly tasteless folk out there who actually prefer those sticky, liquid substances of American origin to our very own Irn Bru, Tizer and Vimto! And then there’s the Apple versus Samsung debate, or Nike versus Adidas, or X Factor versus Strictly.

It’s the same with cars, they all perform the same function although some do it better than others, and they all have their own style, whether horrid or handsome, depending entirely on the view of the beholder.

And so it is with Lexus. The new grille has never really worked for me, it looks a bit like an asthmatic guppy gasping for air, but you can’t fault the engineering. The 288 bhp, 3.5 litre V6, 450 GSh is seriously quick with a sub 6 second nought to 60 time, while the ‘6 speed’ electric CVT transmission is so smooth it wouldn’t knock a budgie off its swing.

It’s a match for any German car or Jaguar, is roomy, sumptuously comfortable and it has a wee blue ‘h’ badge with electric motor to appease the ill-fitting cardigan wearers.

But it’s the details that give the Lexus a lift. The leather on the steering wheel is smoother and softer than a supermodel’s hide, the analogue clock is straight out of a Poirot art deco setpiece, and the electronic dash executes a subtle change when switching from standard driving to ‘Sports’ mode.

Normally, the three section dial on the left points its needle at either of three sections 'charge - eco – power' and is highlighted with a pleasing blue glow, but switch it into angry mode, and the three stage dial changes instantly to a rev counter and the display glows red.