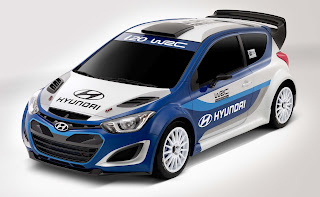 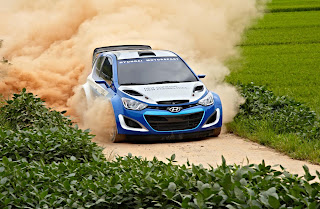 Hyundai officially unveiled its new FIA World Rally Championship contender at the Paris Motor Show this morning. Based on the new i20 saloon, the debut of the new car in next year’s WRC will mark 10 years since the company withdrew from motor sport in 2003.

Mark Hall, Marketing Director at Hyundai Motor Europe, commented: “The WRC also offers the most technologically-diverse challenge for an automotive manufacturer.  Our participation will demonstrate Hyundai’s engineering excellence and durability, and will also help to enhance our passenger vehicles in future.”

Hyundai last competed in the F2 class of the WRC in 1998 for two seasons. In 1999, the team announced it would step up to the top class in 2000, rallying a fully-developed WRC car based on the three-door Accent, which competed until 2003, and they employed our very own Alister McRae at the time. The Rally Team will be based 'somewhere in the UK'.

So it’s really good to see them back and good for the WRC although Ford has still not yet committed beyond 2013.

If the FIA can contain the costs of these 1.6 litre turbo cars with sequential gearboxes and all wheel drive transmissions, then just maybe the WRC can get back to the glory days.