Ott Tänak claimed his second consecutive 2019 FIA World Rally Championship victory in Portugal at the weekend, making it three wins so far this season and now moves to within two points of championship leader Sébastien Ogier.

The Toyota team are obviously thinking ahead, even this early in the season, as Tänak sacrificed extra points in the final Wolf Power Stage to ensure he does not have the disadvantage of starting first at the next round in Italy. As Ogier took maximum bonus points he will open the road in Italy.
Things were looking good initially for Yaris team mate Kris Meeke as he closed to within 2.4sec of Tänak before spinning out of second place. He then crashed into a tree stump and wrecked his car’s suspension in the final stage.

“The day started well," said Kris, "We were able to increase the gap to behind us, and then we were just trying to hold it. Unfortunately, we had a spin on the penultimate stage and it cost us some time trying get going again. Going into the Power Stage, I didn't have so much to fight for, the bonus points were not such a big concern for me. But in a right-hand corner there was a tree stump in the grass on the inside, I didn't have it in my notes and I caught it with the steering wheel open. It was completely my mistake. I'm gutted for the team because we'd had such a strong rally. Now we have to move on and take the positives from this weekend: It's been my strongest yet in this car and we have to look forward.”


His retirement promoted Thierry Neuville's Hyundai into second with Sebastien Ogier taking 3rd in the Citroen.

M-Sport's Elfyn Evans fought back from an early electrical problem to finish 5th behind Ford team-mate Teemu Suninen. Elfyn said: “We made a pretty good start to the weekend. It wasn’t perfect, but the pace was there. Obviously it was a shame to lose as much time as we did with the issue on Friday, but these things happen. There wasn’t much more we could do after that, and in all fairness fifth place is a lot more than we could have hoped for on Friday evening.”

Having his first run out in a World Car, Gus Greensmith was having a good run until an awkward landing after a jump, saying: “It’s been a really good weekend for us. For some reason everything just seemed to click quite nicely and, to be honest, the speed came pretty quickly. We were battling with Elfyn and Teemu throughout most of the weekend – and that wasn’t something I was expecting from my first time in a world rally car! It was a different challenge opening the road today, but generally a really good experience. It was just a shame that we had the issue over the jump. To have our rally come to an end just 200 metres from the finish was a bit gutting, but overall it’s been a more than positive weekend.”

Three other drivers from the UK were in Portugal. Rhys Yates finished 25th o/a in his Skoda Fabia R5, while the Peuget 208 R2s of Ruairi Bell and Nabila Tejpar were 28th and 29th o/a (and Daniel Barritt was co-driving for TAKAMOTO KATSUTA, but their Fiesta had a mechanical failure)

(Thanks to M-Sport Ford and Toyota Gazoo for the pics!) 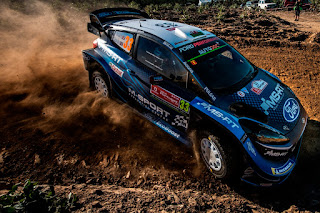 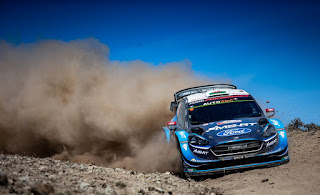 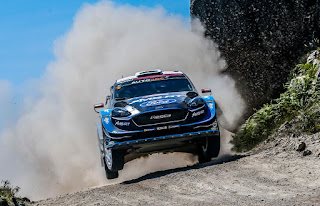 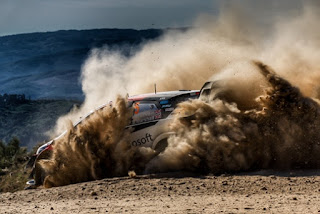 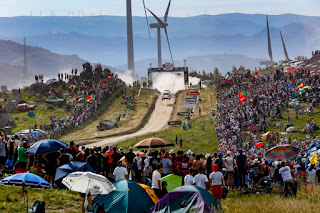 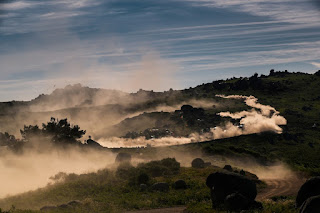