Ott Tänak was on course to score his third straight WRC victory on Rally Italia Sardegna yesterday when disaster struck. It was an unusual problem. According to Tänak the steering simply seized and the crew lost over two minutes trying to free it off. At that point Dani Sordo swept into the rally lead to claim his second career victory.

Andreas Mikkelsen won all four Sunday tests to secure the final podium place in his Hyundai i20, a further 18.9sec behind. 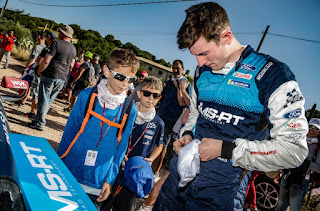 Elfyn Evans lost out by just 0.9sec in the final special stage. However, there was a strange twist to that tale - he had earlier been delayed by fellow Brit, Kris Meeke who had stopped to change a wheel and then re-started the stage in front of Evans.

Evans was almost a minute clear of Tänak in 5th place, with Thierry Neuville completing the top six. Seb Ogier had a trouble-filled rally breaking the Citroen's suspension on road-side rocks, but still took four bonus points from the Wolf Power Stage.

After dropping down the order on the first day with a "a few issues", Elfyn Evans said at the finish: “It’s really disappointing to have missed out by such a small margin. Looking back, the first stage of the loop was okay but we gave far too much away in both passes of the Power Stage. It’s so rough in there and so easy to make a mistake – but also so easy to make the time if you’re willing to put it all on the line. I wouldn’t say that we didn’t push, but I was definitely too cautious in the hairpins and that’s where we lost it. It’s difficult right now, but it’s still a good result and we’ve strengthened our position in the championship.”

Holding 6th place on Saturday, Kris Meeke hit something in the road which damaged a wheel rim and had to stop and change the wheel in the final stage. He finished the rally in 8th place: “I was quite enjoying it on Saturday afternoon: We were improving our rhythm and our speed. Then we had the issue in the final stage, and that meant that we didn't have much to fight for today: We were just focusing on bringing it home to score some points for the team. I knew this would be a tougher event for me, but we can take some positives from yesterday. Now I'm looking forward to Rally Finland and the rest of the year: I know that the team was really strong over the second half of the season and I think everyone's going to give everything from now until the end of the year.”

Gus Greensmith finished a very disappointing 42nd o/a following an accident on the 4th stage then rejoined under Rally 2 rules. He later lost even more time with mechanical trouble. Junior WRC driver Tom Williams also retired with mechanical failure in his Fiesta. Such is rallying, eh?

Next stop Neste Rally Finland in Jyväskylä on 1 - 4 August.

(Note: Thanks to M-Sport Ford and Toyota Gazoo for the pics) 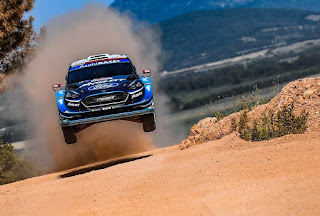 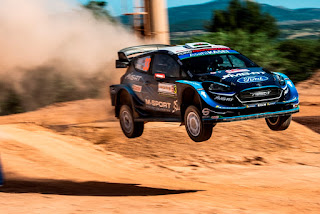 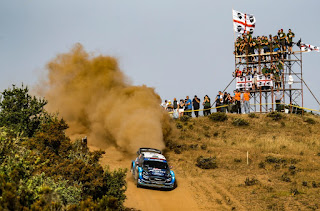 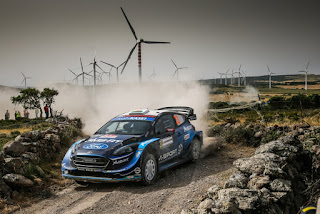 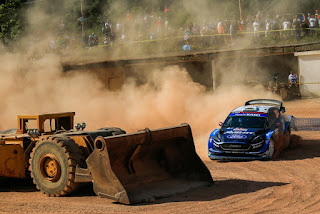 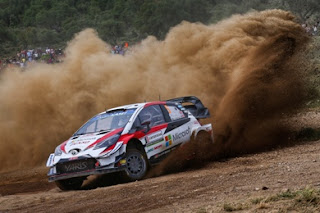 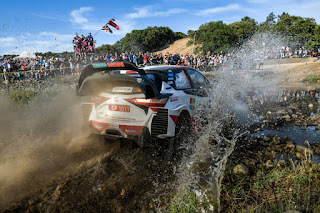 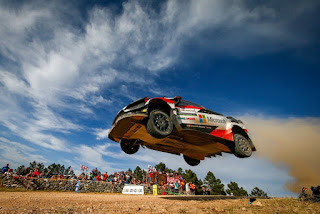 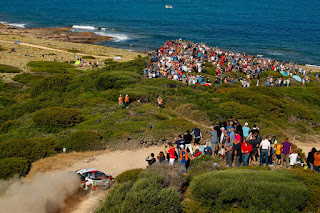