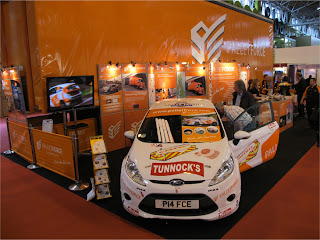 It’s amazing who you bump into at the CV Show. There I was surrounded by trucks and trailers, vans and telematics, and I was accosted by one Neil MacKinnon Esq. The 12 times winner of the Tour of Mull Rally was down looking at trailers. No, not a new rally car trailer, he s looking for a 16 wheel low loader to transport wood cutting machinery on contract work into and out of the forests. 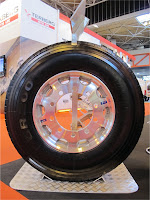 Maintaining the Mull connection was John MacCrone. His Ford Fiesta R2 was on the Palletforce stand purely as an attraction, but there was something else on the stand that raised a bit of interest, a commercial tyre for truck trailers with the name DMack on it. 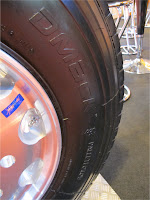 Another treat was bumping into Paddy Hopkirk. He was at the show on business and nothing to do with motorsport. It’s his company McGard which makes the locking wheel nuts for all Ford alloy wheels and he does BMW plus many other manufacturers as well.

Paddy was also wondering what has gone wrong with rallying these days. He had to attend a business meeting in France a couple of months back just after the Monte Carlo Rally and thought he had better swot up on who had done what on the rally. He could find no information in the daily press (the broadsheets) and heard nothing on the radio on either Five Live or Talksport.

Which made him wonder just what has gone wrong with the promotion of the sport and the lack of press interest. He also reckons that’s why Kris Meeke is out of a drive and Prodrive is out of running a works team. The budgets are horrendous and the returns are questionable.