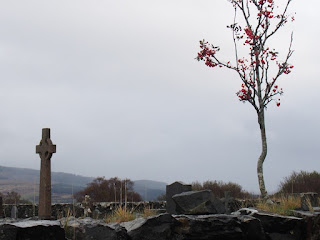 If you thought the previous Post was seriously bad news, this is worse ...

The Pigrimage ... My big pal Jaggy is a worried man these days. It seems that his other 'less than svelte' figured pal Big Jim has come down with an affliction, no not Covid, much worse than that. He has caught religion.

He visited the Isle of Iona the other weekend, perhaps the most religious island in Scotland’s archipelago. It is said that anyone visiting the island feels a sense of peace and tranquility as soon as they set foot on its hallowed soil. Apparently it was noticed by other members of his family group (disciples?) that Big Jim succumbed slowly but surely to its idyllic restful charms and he went on to spend an awfy lot of time inside the Abbey, perhaps in quiet meditation or religious endeavour. 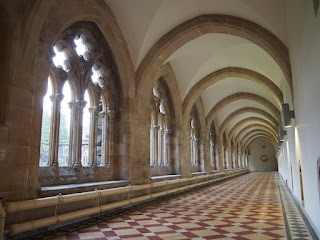 Of a more worrying note was the sight of him trying on a coarse fabric monk’s habit with cowl and visiting the island’s barber which offers only one style of cut – a shaved circle on top with a fringe around the edges. As for wearing the open toed sandals, the resultant image is not one for those of a more sensitive disposition, but socks are not allowed.

And that leather bound book with the gold tassled bookmark which he purchased in the secular shop didn't look like an airport paperback thriller. 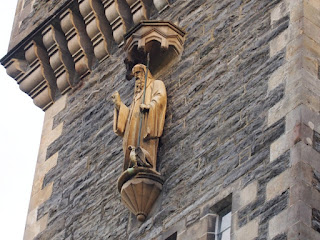 This fear has been reinforced by Big Jim’s latest refusal to attend any rallies or other motor sports events which are held on the Sabbath. The bark of a BDA or a flat four is anathema to him now, while the sound of an R5 in full explosive speed mode is an abomination, especially when disturbing his contemplative peace on a Sunday.

Aye, the big lad seems to have caught it bad. Not a word of profanity has escaped his lips since his conversion. Next thing you know he’ll be renouncing the evils of drink.

Oh! Wait a minute. That might just be a step too far. Perhaps there is some hope of a debauched life resurrection after all.