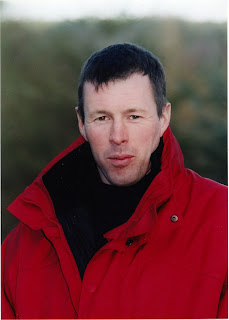 Last night I watched a half hour programme on YouTube reporting on the McRae Rally Challenge weekend at Knockhill.

One of the commentators repeated a tale from 1992 regarding Colin McRae at the Scottish round of the British Touring Car Championship in which it was claimed he punted Matt Neal off the track. Fair enough. Apparently Colin was surprised by how early Matt, also driving a BMW, braked for the Hairpin and 'inadvertently' pushed him off the track.

It was also stated that Colin then ran for the Prodrive motor home to hide from Matt and his Dad Steve because they were both rather big blokes! Of course it makes a good story and is often perpetuated because of that, but just how true is it?

I don't believe for a minute that Colin was scared.

Remember, Colin was a member of Coltness Car Club and the Bears don't give a hoot about star status, reputations or what physical size their opponents might be.

Also this is the guy who 'persuaded' a Subaru's wheel and bent suspension back into line with a rock and gave a Ford Focus WRC in Cyprus a severe kicking and knocked it back into shape when the hatchback wouldn't close properly.

Nope, I prefer to believe the real reason Mr Neal was refused admission to the Prodrive motorhome when he came a-knocking was certain folks didn't want blood splattered all over the place - and I would bet hard cash on whose blood it would be!

And how do I know this? I was there. I was running the Press Office/Media Centre for Knockhill that weekend.