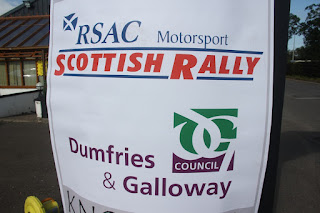 Current KNC Groundworks series points leader David Bogie heads the entry list for this weekend's fifth round (of 8) of the Scottish Rally Championship, the Dumfries & Galloway RSAC Scottish Rally. Michael Binnie is only 5 points behind Bogie and starts at Number 2. They have both scored on all four rounds so far, so it's now up to the rest such as Jock Armstrong, Freddie Milne, Mark McCulloch and David Henderson and their ilk to catch up. 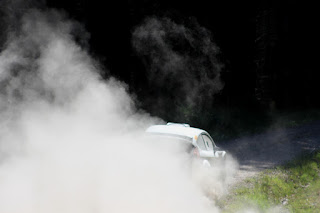