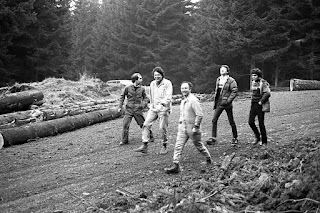 Way back in 1883, Splodge City far to the west of  the state capitol of Pitgoldy was a wild and lawless place. Gold had been found in the hills and glens of this un-tamed highland territory. Prospectors from all across the nation were attracted to the area by tales of fabulous riches and easy money.

They flocked to the goldfields and mountain streams in their hundreds. Most were poor but hard working and harder drinking. Sadly the town's reputation tempted others to seek their fortunes, but they were looking for simpler and less strenuous methods of gathering riches. Mayhem and murder, theft and gambling were the gods they worshipped.

In fact this wild and lawless land was far more dangerous than the American Wild West where the likes of Wyatt Twearp and his brothers and the notorious Clinton gang terrorised the settlers. Forget Rob Roy, Robin Hood and Dick Turpin. There was a new gang of outlaws in town. 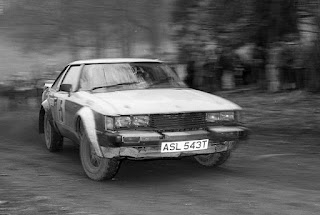 This band of merciless cut-throats was led by Dave 'Jump the Gun' MacDonald and his henchman, Nick 'The Bagman' Jack at the head of as bloodthirsty a gang as you could ever imagine. In a rare photograph from the time, this wild bunch has been pictured on a stage route near Splodge seeking out suitable ambush points from which to launch their nefarious activities on the frequent bullion carrying stagecoaches.

On the other hand this could just be a photo of the pure dead gallus Dave MacDonald and the late Nicky Jack - Gosh, it's 10 years since we lost Nicky! They were pictured back in 1983 (not really 1883!) walking out of the forest on foot after leaving their lifeless Toyota behind to seek rescue and sustenance.

There's no other reason for posting this photo other than the fact that I like the flashback to those more innocent and carefree times. All too often we see pictures of cars and crashes, but what we don't often see is the long and lonely walk back out to the roads and civilisation. Happier days, eh?
Posted by John Fife at 20:20