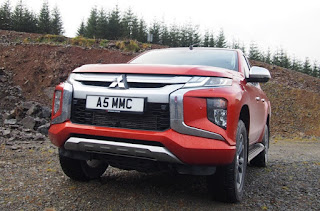 It looks very much as though Mitsubishi Motors will be withdrawing from the UK and European car markets, putting the relevant franchised dealers in a very difficult position.

That puts the imminent introduction of the new Eclipse Cross plug-in hybrid (PHEV) and the next-generation Outlander PHEV into doubt too.

Part of the Renault Nissan Alliance, the word within the trade is that Mitsubishi might become the brand for America, Renault in Europe and Nissan in Asia.

This has nothing to do with the Covid19 pandemic which is raging across the world, and more to do with the motor industry's ongoing efforts worldwide to cut costs and improve efficiency across their manufacturing operations.

This won't be the last such move as all the automotive giants seek to streamline their business and follows on from the recent merger of  Fiat Chrysler with Groupe PSA (Peugeot, Citroen, DS, Opel and Vauxhall) which created the world's 4th largest automotive group.

Mitsubishi hasn't been active in rallying of late, but its record speaks for itself. With Andrew Cowan at the helm, the rally team won one Manufacturer's World Rally Championship title in 1998, were runners-up in 1996 and scored six 3rds. They also scored four Driver's titles with Tommi Makinen.

And as for the Lancer, it has become the 4WD clubman's choice throughout its successive 10 generations of the model.