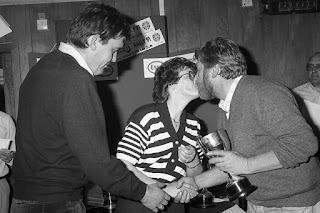 Although Nessie's notoriety and fame is world-wide, Scotland has other unique and lesser known wildlife. Apart from the usual golden eagles, wildcats, red deer and red squirrels there are numerous almost mythical creatures including the Haggis, the Kelpie, the Selkie, and of course the Ghillie Dhu which inhabits the nation's rallying forests and is much feared by those who break down or crash far from civilisation in the dark green depths of the vast conifer plantations. 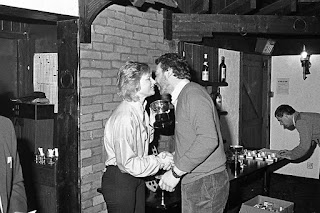 There are also whispered tales of the even more rare Scottish MacYeti. This hirsute shy creature has a kindly and amorous nature, but keeps itself well hidden in the wild, although it has been known to mix and mingle socially with unsuspecting humans in everyday life.

Rarely seen outwith its favoured territory these days, there is indeed some photographic evidence from times past when photography was in its infancy, that the tartan MacYeti was indeed lured out of its natural forest habitat to venture amongst those who shared its love of the forest - the rally folk.

Indeed this cuddlesome beastie, unlike its fierce, fanged and hairier American cousin, actually participated in some of the games that people played.

Unaware of its separate bloodline, unsuspecting rally folks unknowingly embraced this lovable character. However, its social skills started to rouse a glimmer of suspicion about its true genetics and what gave the game away was this 'missing link's' behaviour at after rally prizegivings.

No lady was safe from its amorous advances and at particular risk were those ladies who were often invited to present the prizes. The MacYeti had quickly cottoned on to the fact that these ladies in particular were susceptible to an overly amorous approach - without resulting in a slap in the kisser! And it did take full advantage whenever the opperchancity presented itself.

A sparkle in the eye and a playful smirk heralded the inevitable swoop, hug and snog. And we all did laugh heartily, that is, before such inappropriate practices were banned by the 'fun police'. Ah, such innocent times.

Of course, this was in the days before political correctness plagued our society. Would such innocent mannerisms be tolerated today? Is the MacYeti now an endangered species? Should it be saved from extinction?

Or should we simply bow to the practice of offering equal opporchancities and have to provide a choice of male or female presenter and entice the MacYeti back out of the woods to play?

(Note: No Yetis were embarrassed, or physically or mentally harmed during the taking of these photos!) 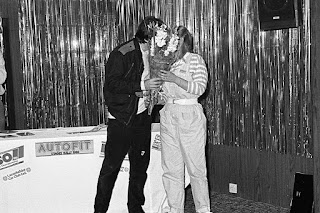 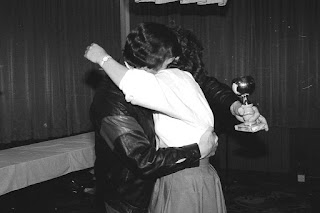