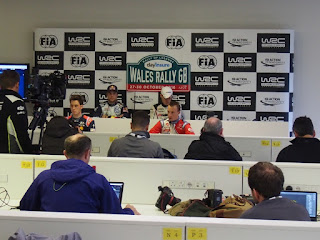 In a previous post I mentioned the FIA's  (Federation Internationale de l’Automobile) 81 page document entitled 'Return to Motor Sport' and the problems it raised with regard to a resumption of rallying.

There was another section which generated concern, from a selfish point of view. One which may have not just an  impact on those involved in the sport and but also those fans and spectators who follow it. The FIA laid out guidelines and suggestions regarding media  attendance at motor sports events. Whilst most of the ideas make sense with regard to social distancing and media conferences there are a few questionable elements.

The FIA has suggested that media numbers should be restricted and event organisers should select and/or appoint those who may be permitted to attend. Primarily they are suggesting that agency personnel (those not contracted to any one news outlet) be used to act as a team creating content which would then be made available to all general members of the press and media who are not able/allowed to attend.

The idea being that they would work with 'Press Officers' and 'Press Office' personnel to collate and issue news, reports, results, interviews and general interest stories and also create a selection of photographs and images for specific outlets to use. No mention is made of fees, costs or charges!

This raises another point. Who will select the chosen few? And how will they be selected? 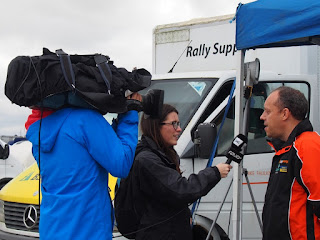 Journalists and photographers are ambitious, competitive professionals just like any other sector of commerce and business. They all want an exclusive - the best story or most exiting picture. I can imagine there might well be a reluctance to share that!

And then there is another issue. Just suppose the organisers, or a member of the sport's governing body wants to suppress a particular story, opinion or photograph. Who will prevail then? The paymaster, the legislator, or the public's right to know?

Which brings us to the current Motorsport UK Media Accreditation scheme. This system is not fit for purpose and such new restrictions will only make the job of news gathering and picture taking even more difficult. The current system was introduced in haste as a response to those tragic events six years ago. Nothing has been done to change it despite the matter having been raised with those now in charge.

Admittedly the incoming management had some urgent organisational and financial issues to address first and media matters were low on their priority list. However, if they don't get this right, amateur motor sports coverage will suffer and that will have an impact on those who participate and follow, and we'll all lose out. Of course there will always be the rogue journalist and paparazzi photographer whose only interest is money, but that's the same whether you're buying a car or engaging a lawyer. We shouldn't let the actions of a few destroy the decent hard work of the many.

Now more than ever the sport needs a more positive press. To inform and to educate, and to enthuse and excite, but that also includes reporting on not just the competition and the personalities, the fun and the games, but the clashes and the arguments as well as the difficulties and the dangers.

If we lose a 'free' press then we lose the truth, whether it's good, bad or ugly. And that means the power brokers, the 'investors' and the TV rights people will have won.

I reckon I know at least one journalist who will be near the top of the 'Unwanted' list.
Posted by John Fife at 11:44