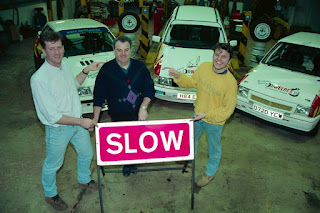 Sometimes a photograph just doesn't need a caption. On the other hand, there could be a photo here of the original 'Captain Slow!'

Once upon a time, photography was both a profession and an art form. Nowadays, everyone with a smart phone or digital camera and computer are photographers. The profusion of these devices and their fail-safe, fool-proof excellence means that anyone can produce a great photograph. It has also meant the death of a profession that once was quite exclusive.

Nowadays, a photograph can be taken in the depths of a forest and within seconds, edited for composition, exposure and sharpness, and immediately posted on the Internet for all the world to see. Quite incredible when you think about it.

Compared to fifty and more years ago, that was unbelievable. Back then, photographers went to events with pockets full of rolls of film. These spools had to be manually loaded into the back of mechanical cameras and then speeds and apertures chosen before the shot was taken. Only the top professionals, and well-off amateurs, had motordrive cameras. Otherwise the rest were stuck with one frame per click and a maximum of 36 pictures per film before it had to be swapped for a new 36 exposure film.

When the rally was over, it was home time and a long session in the dark room ahead. Back at base, chemicals had to be correctly mixed and films developed, washed and dried before photographs could be hand printed - all the while in a dark room with a red light.

It was hours before photographs could be produced compared to seconds nowadays. And if these photos were destined for a publication then they had to be sent by air, train, or road to London based magazines and newspapers. Email was a thing of science fiction!

Some of the more professional operations had telegraph/wire machines but although that gained time it lost out on quality. So Air Mail, carried by aircrew from Glasgow to Heathrow, British Rail Red Star from Motherwell to Euston, or overnight post catching the Royal Mail train when it stopped at Carstairs in the early hours of the morning were the principal delivery methods. 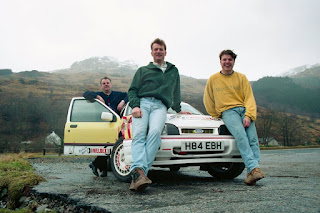 For more 'local' daily newspapers like the Glasgow Herald or Scotsman it meant an early morning car trip to hand them into the Picture Desk (which never closed!) or in this case the Argyllshire Advertiser, Helensburgh Advertiser and Dunoon Observer. Fortunately, the weeklies printed late Tuesday or Wednesday so as long as you got the pics in the first class post, they were there in time for editorial use on Tuesday morning! But that was when First Class Post was reliable!

Anyway, these particular photos were taken ahead of the 1994 Weldex Rally for publicity purposes. After the 'sensible' photos were taken, a few 'silly' ones were taken for fun - and these have not been widely published, if indeed they have at all - until now! 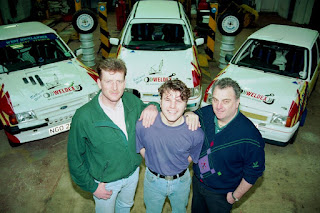 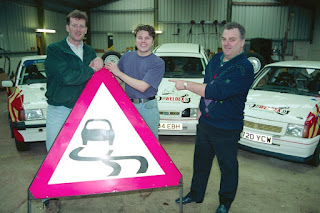