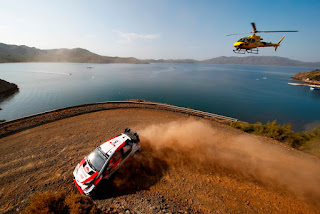 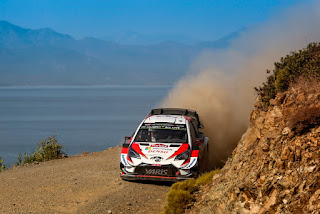 With 3 rounds to go in this year's FIA World Rally Championship, Sébastien Ogier has plonked himself right in the middle of the battle between current series leader Ott Tänak and Thierry Neuville who has dropped to third in the standings.

As ever Turkey provided a tough, rocky and dusty backdrop to the world series with Citroën Racing scoring a one-two finish on Sunday afternoon.

Ogier finished 34.7sec ahead of longtime rally leader Esapekka Lappi to claim his first victory since March and close the gap to series leader Ott Tänak to 17 points with a maximum 90 available from the final three rounds.

Lappi took the lead on the third of the 17 speed tests on Friday morning with Ogier coming from behind to close down the gap to second place. The Frenchman hit the front late on Saturday when Lappi stalled his C3’s engine in a hairpin and eased through Sunday’s finale for his third victory of the year.

Tänak retired his Toyota Yaris on Saturday with an electrical problem, but returned on Sunday to claim maximum bonus points with a banzai drive through the final Wolf Power Stage. Neuville could manage no better than 8th after an accident on Saturday.

Lappi finished half a minute ahead of Andreas Mikkelsen, who delivered vital points to extend Hyundai Motorsport’s lead in the manufacturers’ series to 19 points.

Teemu Suninen was unable to fight Mikkelsen for the final podium place on Sunday, but fourth in a Ford Fiesta was a strong result for the Finn after a lacklustre display on the previous gravel round in his home country.

Dani Sordo was 5th in another Hyundai i20, ahead of early leader Jari-Matti Latvala, who lost time with a puncture in his Yaris. Kris Meeke had an eventful rally too finally finishing 7th just ahead of Neuville: “It’s been a tough weekend, since the long stage on Friday afternoon when we lost a lot of time in the rain, which put us into a bad road position for Saturday," said Kris, "We’ve struggled for a bit of speed here and it was about damage limitation in the end. But we’ll come back stronger in the last three rallies.” 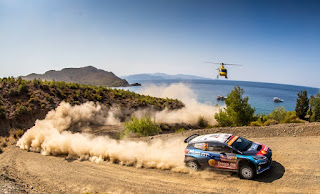 And didn't Gus Greensmith do well, 10th overall in the new R5 Fiesta and first WRC Pro2 car home. “That has to be the most dramatic win of my career!" said Gus, "The first two stages went as planned and we were just managing the lead, but then on the penultimate stage I got distracted – completely missed the final corner and rolled into a ditch. Somehow we managed to get out and back on the road, but then we had to improvise some repairs on the road section which included changing a wheel without a jack! But we did it. We made it back, made it through the Power Stage, and won – amazing!”


And now for something completely different. After the heat and dust of Turkey, attention now turns to Wales. What lies in wait there, we wonder, eh?.

(Thanks to Toyota Gazoo and M-Sport for the pics) 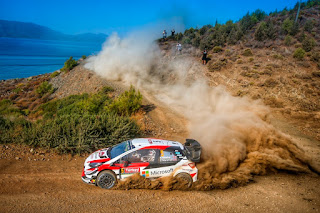 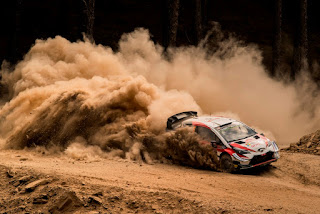 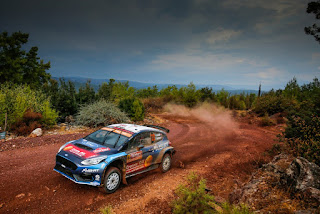