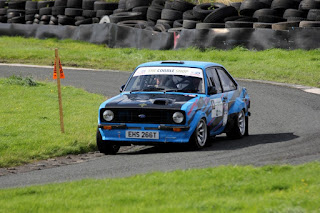 "I thought if I kept the boot in, it would pull itself round - it didn't," and yet Colin Gemmell still won the Albar Trophy Rally supported by Lochlie Construction at Kames earlier today. Colin was referring to his over exuberant exit from the 'Chicken Run' on to the back straight on the 5th stage. The Escort got one wheel on to the wet grass and that was it, Collin and Derek (Keir) demonstrated the perfect high speed 'Strictly' pirouette. Fortunately there was nothing to hit nearby. They finished 2 minutes clear of young Andrew Blackwood and Richard Stewart in the Fiesta ST who held off the Opel Kadett of Billy Hamilton and Donald Durrand. And yes, Ross Auld was in the hunt - till Stage 6! You'll just have to wait for the full report. 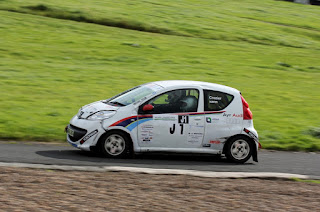 The Juniors provided even more action and much closer competition with Ollie Hunter and Richard Crozier taking victory by half a minute from Cameron Davidson and Ian McRae. There was a tie for third place overall with Owen Paterson and Callum MacPherson getting the nod from Jack Hall and Robin Nicolson. The tie was decided in favour of young Owen who was ONE second quicker than Jack on the first stage of the day, and this was Owen's first ever rally.

And if you thought the 'Seniors' spent a lot of time on the wet grass and cutting corners you should have seen the Juniors. Anything the auld gits can do, the weans can do better, eh?

There might only have been 20 cars but with 16 stages the action was fast and furious all day. In fact, a thoroughly enjoyable day out with only 3 wee rain showers visiting the track during the rally, and thankfully they didn't stay long.

Full report to follow in the on-line mag later in the week. 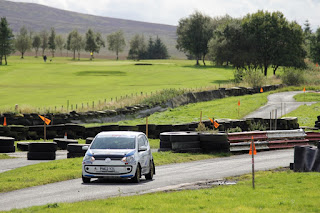 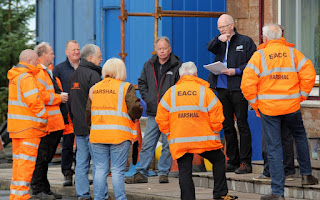