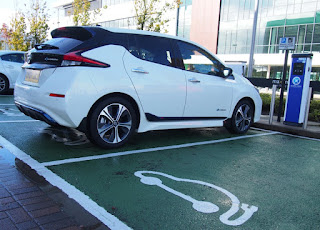 There are sceptics amongst us who think too much is being made of the advance of hybrid and electric cars and how that might impact on motor sport to the detriment of those vehicles powered by internal combustion engines.

We're all only too well aware of the almost religious fervour being adopted by various Governments around the four home nations and their headlong charge towards a more 'acceptable' and greener future. They seem to be hell bent on converting us diesel and petrolheads to the charms of electricity with nary a thought as to how it will be produced, at what cost, and how it will be transmitted and stored. All they see is the road ahead completely ignoring the dips and hollows and ditches on either side.

This messianic zeal may therefore lull the sceptics into thinking it won't happen as fast as our leaders hope and intend. Don't count on it.

Britain’s first fuel station opened in November 1919 in Berkshire but their decline is upon us with almost 80% of UK petrol stations having closed since 1970. Two new rapid charge devices came on-line every day last month and almost all UK motorway service stations now have charging stations installed.

We all know that it takes much longer to charge an electric vehicle than  to fill a fuel tank but that's not going to sway the crusading transport zealots. If we're queuing up to charge up, then we are not polluting the planet - nor are deliveries being made or tradesmen going about their business. That'll be good for business, eh? Around 1600 of these locations provide ‘rapid charging’, but that still means a typical EV battery will need about an hour to charge up to 80% whereas one spirit pump could fill 20 perhaps 30 cars an hour if there's a queue.

Since Nissan launched the LEAF, it's first mass-market electric vehicle in 2010, EV technology has continually improved. As a result, the UK is experiencing unprecedented growth in the demand for battery-powered transport.

That is the message the politicians are choosing to heed, not the plea of the masses who simply want to be able to go about their daily business and enjoy their leisure time at an acceptable cost.

And if you think motor sport will be exempt, have another think. Who will be first in the firing line?
Just another topic for discussion at Sunday's  'Save Scottish Rallying' meeting in  Stirling.
Posted by John Fife at 15:10