Ott Tänak scored his third win in four World Rally Championship outings when he won in Finland at the weekend. Jari-Matti Latvala also made it to the podium, in third place, but Ulsterman Kris Meeke was forced into retirement, having initially been part of a three-way Toyota Gazoo Racing World Rally Team battle for the lead.

Kris Meeke had fought with Tänak and Latvala for the rally lead until he retired on Saturday morning after damaging his car’s suspension. He restarted the event on Sunday, but had to stop again in the penultimate stage after hitting a rock on the inside of a bend and damaging the front-left corner.

As for Tänak, the young Estonian hit the front on Saturday, following an intense battle with his team-mates. On Sunday’s final day, he extended his lead to 16.4 seconds and was fastest on the closing Power Stage, outpacing his nearest rival by 0.7 seconds to claim the maximum 30 points from the event. This gives him a lead of 22 points in the driver’s championship over Sébastien Ogier.

Second for 2017 rally winner Esapekka Lappi in the Citroen represented a welcome return to form while Latvala lost out after hitting a rock and puncturing a tyre to finish third. Andreas Mikkelsen was another to rediscover his pace. Driving a Hyundai i20, he held off Ogier by 2.7sec to finish fourth. Ogier battled sickness for the final two days but fended off Craig Breen in their three-way fight. 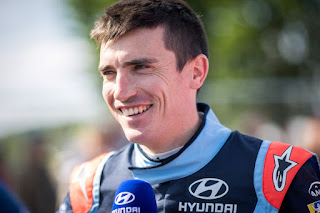 Breen impressed on his first WRC drive in an i20 and the Irishman lent a helping hand to team-mate Thierry Neuville in the Belgian’s title bid. He deliberately incurred a 20sec penalty, allowing Neuville to leapfrog him into sixth and score extra points with Craig adding: “This has been an amazing rally. To have the opportunity to return to this level of rallying has been very special and I am incredibly grateful to everyone who has made it possible. I have enjoyed myself immensely as part of the Hyundai Motorsport team, and I was immediately comfortable in the car. We knew the job we had to do this weekend, and I think we’ve achieved that; it’s been a privilege to play our part in the team’s championship efforts. ” 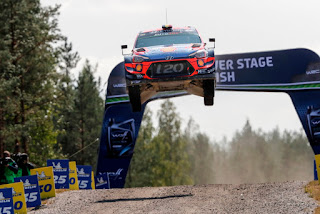 The big loser-outerers of course were M-Sport Ford. With team leader Elfyn Evans sidelined on Doctor's orders it was down to Teemu Suninen and Gus Greensmith, stepping in to replace Hayden Paddon, to fly the flag. Suninen finished in the points but was 8th while Greensmith's second outing in a WRC Fiesta ended abruptly: “I thought I heard a pacenote that I knew I didn’t have in that stage [Ruuhimäki, SS21]. At that point I got distracted, tried to read the road, and then missed the braking for a sharp left. I tried to pull it round, but hit the tree and took the wheel off. It’s disappointing, but Elliott [Edmondson, co-driver] and myself are both okay.”

(As ever, Thanks to Toyota Gazoo, M-Sport Ford and Hyundai for the pics) 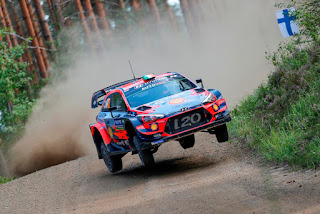 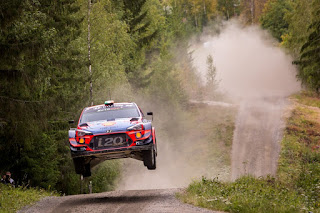 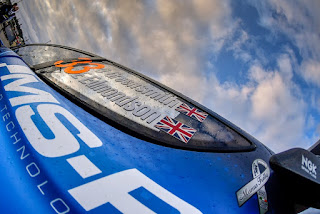 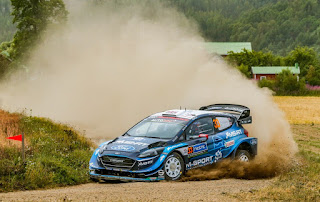 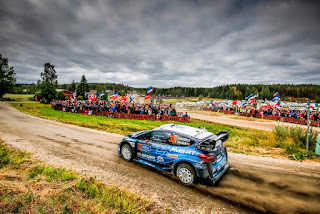 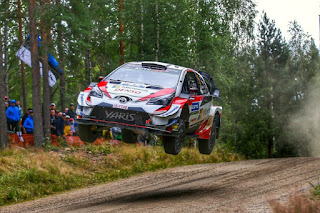 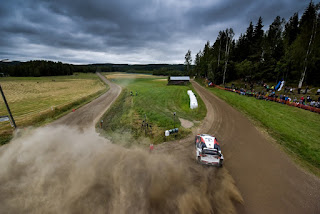