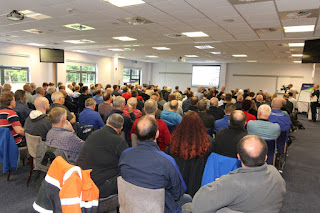 The great, the good, the not so good, the disaffected and the downright dangerous descended on Stirling earlier this afternoon for the 'Save Scottish Rallying' meeting at Stirling Uni.

Over 130 folk from all around the Kingdom had gathered, mostly drivers and co-drivers but a goodly collection of organisers and volunteers, plus a few Historic auld farts just wanting to get in out of the rain. In other words, a thoroughly good mix of folk with a huge variety of opinions.

On a more worrying note, the vast majority were hardly in the first flush of youth, and perhaps not even the second or third flush either! If we don't attract new blood then the sport will die out - just like those other dinosaurs.

There will be an opinionated post-meeting column in next Wednesday's 'Motorsport News' following which a more lengthy article might well appear in a certain on-line Scottish rally magazine! 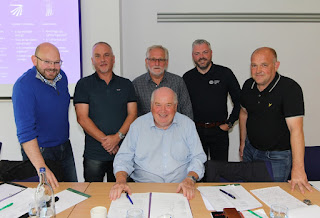