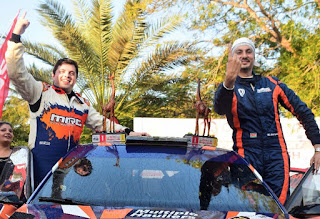 His name is Drew Scotmapicus Sturrock, codriver of the Champion of Africa, Teller of the Spoken Pace Notes and loyal servant to the patron saint, St Andrew of Scoticus. Son of a mapped-out faither, master of misdirection, drunk on Irn Bru and reared on bridies. And he will have his way on gravel or on tarmac.

Seriously though, while most rally folks were concentrated on Finland at the weekend, the far travelled Drew Sturrock notched up another success just ever so slightly farther afield.

With two rounds of the African Rally Championship to go Skoda driver Manvir Baryan has clinched the 2019 series title after winning the Uganda Rally with long time co-driver Drew Sturrock, son of the infamous Bill Sturrock. This was the crew's third victory out of five rounds so far wining the season opening Cote d’Ivoire Rally, followed by victories in Zambia and now Uganda.

Just makes you wonder though. Is he self-taught, or is faither Bill going to claim the credit? Gaun yersel Drew. 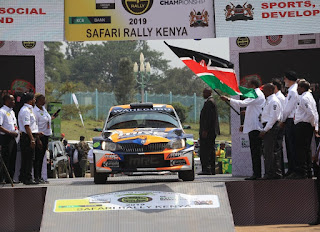 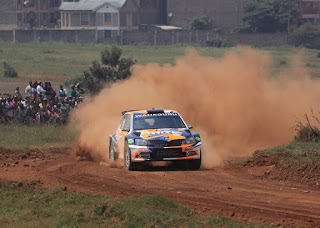