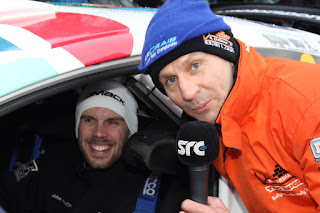 Is there any truth in the rumour that another Scot could be joining David Coulthard on Channel 4's new F1 line-up? Someone who used to be a near neighbour of the now Monaco based TV pundit?

Whatever, the roving reporter was spotted with microphone in hand perfecting his broadcasting technique at the start of the Snowman Rally. Ever the professional he made sure his make-up was perfect, his guests were washed, polished and preened, and he was primed with incisive and revealing questions, although enquiring whether Y-fronts were better than boxers for wearing under fireproof suits is hardly appropriate. Or is it?

Just one problem. This footage is destined for publicly accessible broadcasting outlets, which has given young Ally Beck, the producer, a dilemma - will it have to be bleeped, or shown after the 9pm watershed?

To find out, keep an eye on the SRC TV YouTube channel - coming to a screen near you soon. Very soon. 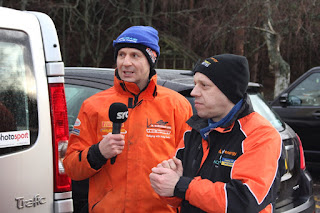 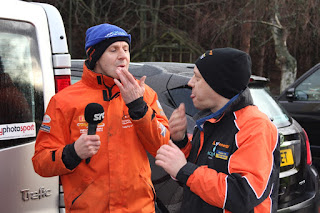 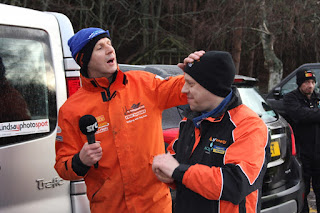