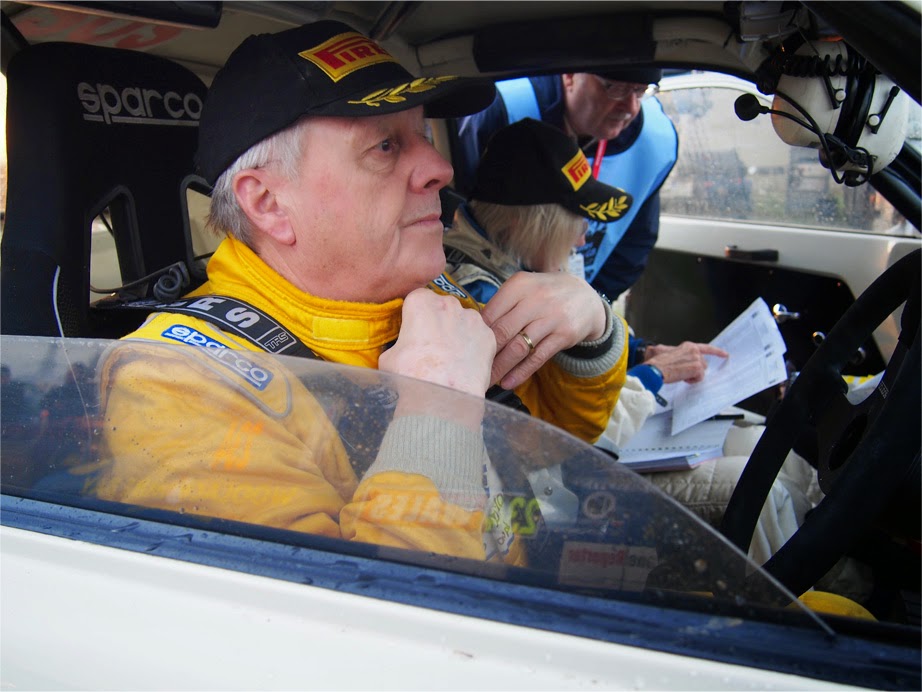 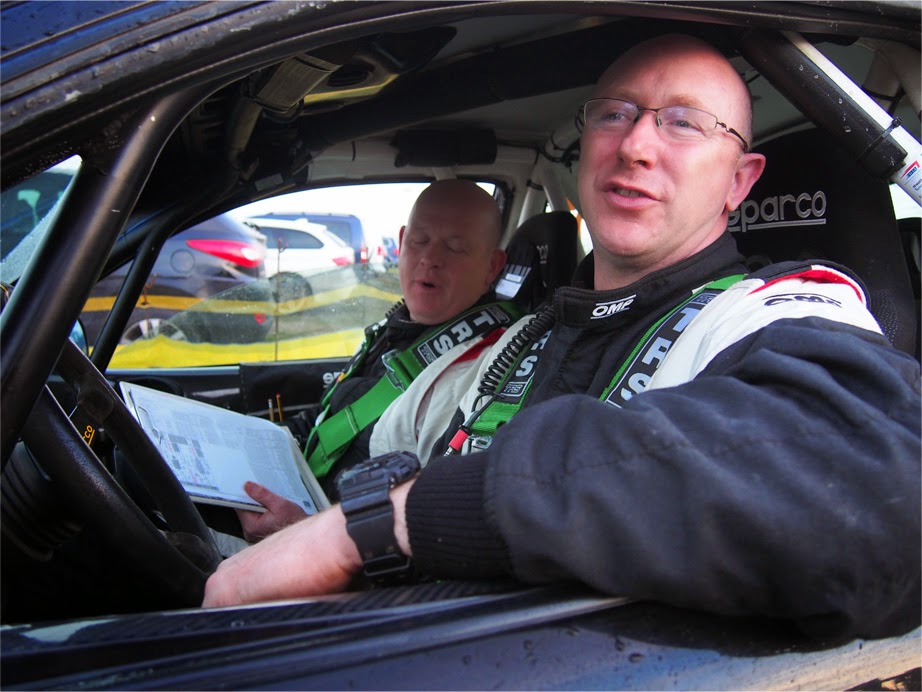 Turns out they didn't change the gearbox in Jim McRae's Firenza last night, but they're going to change it tonight!

"It was the diff which broke yesterday," said Jim, "so they dispatched one of the boy's back to Sheffield last night to get another axle and they fitted that this morning, but second gear is grumbling now, so the gearbox will have to be changed tonight."

He's still smiling though: "We're running out of revs on the straights because the diff ratio is different. It's all too easy to spin up the rear wheels and destroy the tyres because of all the torque but it's good fun."

The Tuer brothers are almost Scottish since they live just a cough and sneeze over the border in Northoombria and they're having a really good run: "We've had no second gear since the second stage this morning," said Carl, "it started giving us bother yesterday and we should have changed it last night, but now we really will have to change it tonight."
Posted by John Fife at 17:38