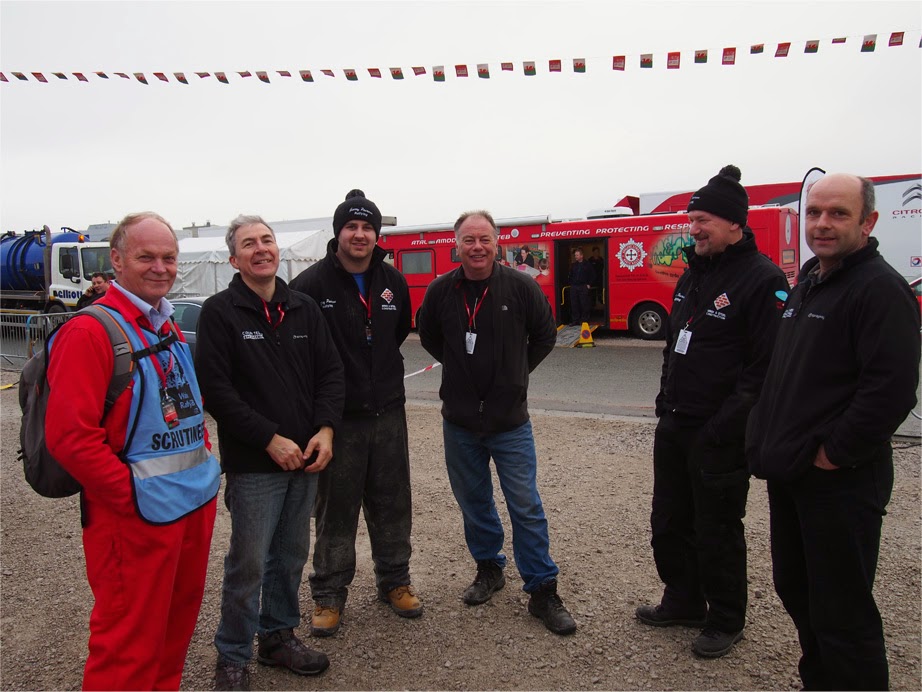 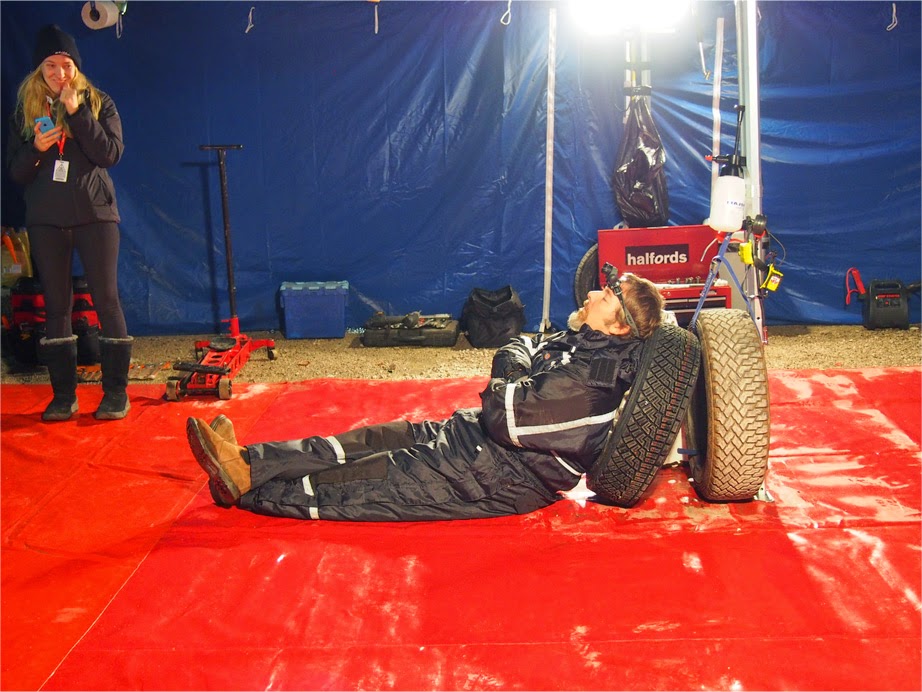 It's amazing what you see in the early hours of a Welsh morning. The cars have gone and the service crews, technicians, and hingers-oan have nothing to do till they come back to Service after mid -day - admittedly they do work hard at times depending on what their drivers get up to, and some are so overcome they have to have a lie-down and a wee snooze.

Anyway, I caught up with Jim McRae who re-started this morning. Yesterday he had a fuel problem in the Firenza Can-Am - and no jokes about the biggest problem being Jim's ability to reach into his pocket for his wallet to fill the beast with fuel - but he lost a minute with that. Then the gearbox broke and that put him out of the running. The boys changed it overnight and he's off again this morning. And you know what? He's as big a favourite with the crowds as any of the top seeds in the International. Nice that, eh?

Although he got the car sorted out last night, David Bogie didn't re-start this morning. The team decided that having missed two stages yesterday they were effectively out of the running and didn't want to risk the car any further. Disappointing, but understandable.

Garry Pearson got out again this morning, the wee car once again fit for purpose and he re-started under Super Rally rules, but all he's aiming for now is some good times. Hope Peugeot is watching, eh?

If there was one wee incident that sums up the appeal of rallying, it happened very late last night. The Service Park looked like Blackpool promenade with all the gennies running and lights under different coloured awnings. Most of the cars had fallen silent and were locked up for the night, but there were still a large number of spectators wandering aimlessly around looking for a mechanical 'fix' and then Steve Perez' boys fired up the Lancia Stratos. The very instant that glorious V6 burst into life, it acted like a big lamp to a flock of midges. The folk were drawn to it from all across the Park and gathered round, ears cocked while the guys tried to fix a misfire at high revs. Then when they switched off the crowd just dissipated like smoke in the night - looking for another 'fix'. Pure rallying magic.
Posted by John Fife at 10:50