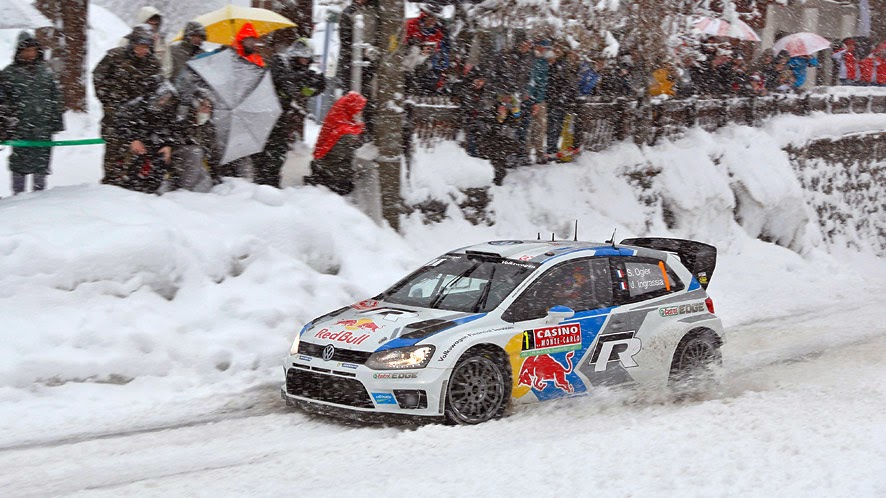 Volkswagen’s Sébastien Ogier and Julien Ingrassia have won the opening round of this year’s World Rally Championship in Rally Monte Carlo. The Frenchman got off to a difficult start on Thursday, but didn’t give in after a bad start in changeable and difficult conditions on the first day.
“It’s been a tough weekend. And on top of everything, the last few kilometres were foggy,” reported the reigning world champion when he crossed the finishing line, “But all the hard work paid off – winning the ‘Monte’ is every rally driver’s dream.” 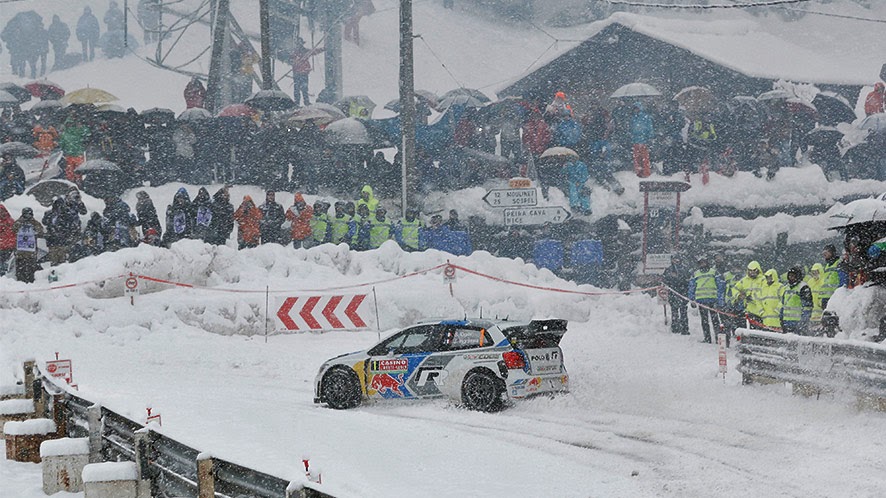 And what a result too for Bryan Bouffier holding on to second place overall in his private Ford entry despite constant pressure from behind. That pressure coming primarily from Northern Ireland’s Kris Meeke, the Citroën man claiming the richly deserved third spot on the winners’ rostrum.

Mads Østberg (Citroën) was fourth, followed by Latvala in fifth place and for me, the drive of the rally, Elfyn Evans in sixth. Evans’ team mateMikko Hirvonen lost not only sixth place but any hopes of finishing higher than that when his Ford retired on the final stage. It had been suffering an alternator problem and losing battery power on the road to the test which meant he started the stage late. But in the stage itself, the car died on him and was going no further.

In the WRC2 category Yurii Protasov scored a solid win with 10th place overall with Lorenzo Bertelli second some seven minutes behind his rival. A further minute behind, but well pleased with their efforts were Robert Barrable and Stuart Loudon third, in the Tunnocks World Rally Team machine.

Champagne and tea cakes, what a finish.

Unfortunately, the penultimate test (SS14) had to be cancelled  SS14 when privateer Jaroslav Melicharek got stuck in heavy snow and blocked the road on the way up to the Col de Turini.
Nobody running behind was able to get past and given leaving rally organisers with no alternative but to neutralise the stage and give everyone a notional time.
Posted by John Fife at 22:38