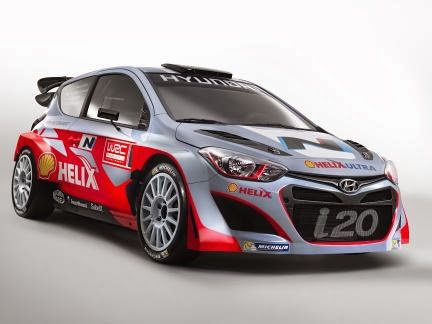 Here’s a few facts that you didn’t really want, never mind needed, to know, but they add a bit of colour and intimate detail to a team’s preparations ahead of their debut in a strenuous 2014 WRC campaign.

During the course of the past year, the Hyundai Shell World Rally Team used three cars over 55 days of testing in preparation for their official appearance this year. The team also used 4,700 ltrs of fuel and 320 tyres on 6900 kms of testing on gravel, tarmac and snow covered surfaces.

As for the main service truck it covered 33,500 kms during this time with  a team comprising 12 other support vehicles plus a staff roll-call of 9 mechanics, 6 engineers, 2 logistics personnel, 1 paramedic and 2 ambulance staff, 2 catering staff, 1 team of Road Closers and 1 ‘bouncer’ or security guard.

During that time this bunch consumed 8,000 bottles of mineral water and consumed 6 Spanish Belotta hams (wot? No caramel wafers?) – and they added one more  interesting anecdote. They ruined no less than 3 'Go Pro' cameras – run over by the i20 WRC during filming!

Here’s hoping they have a good season.
Posted by John Fife at 13:36