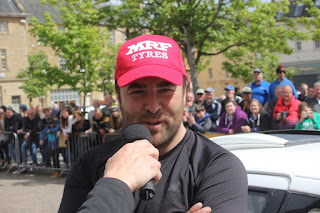 Euan Thorburn and Paul Beaton won the Beatson's Building Supplies Reivers Rally at a canter in their Ford Focus WRC. Four fastest stage times ensured the win with David Bogie and John Rowan fastest on the other two of the six Special Stages in their MINI WRC taking second place. Blackpool's Neil Roskell with Andrew Roughead were third in their Fiesta Rally2 but there was disappointment for Freddie Milne when he slid off on the outside of a fast right hander on the first stage and ended up in a field. Rory Young was up for the fight too but retired on the penultimate stage and Chris Collie's Lancer finished its rally rather abruptly - on its roof. 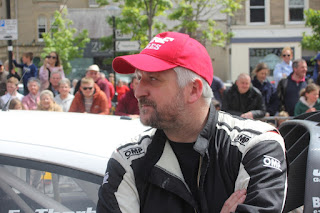 One of the surprises of the rally was the pace of the fourth placed finishers, Michael Binnie and Claire Mole in their Mitsubishi Lancer Evo9 just losing out on third by 3 seconds and finishing 6 seconds clear of the Fiesta R5 of Dale Robertson and Stuart Loudon.

Mark McCulloch and Michael Hendry completed the top six in their Proton Satria Evo holding off the Polo GTI R5 of John Stone and Laura Connell to clinch the place by 10 seconds.

In one of the 'drives of the rally' young Ewan Tindall and Peredur Davies scored a stunning eighth place overall in their Mitsubishi Evo9 on the youngster's first closed road rally. In fact they snatched 8th from Scott MacBeth and Daniel Forsyth when the Evo9's dash failed on the final stage leaving Scott in the dark and with no gear display!

Greg McKnight and Harry Marchbank finished top 2WD in 17th place overall ahead of Gerry Fitzelle and Mark Mason 24th in their Ford Escort Mk2 ahead of the Triumph TR7 V8 of David Kynaston and Val Thompson while Peter Jackson and Emily Easton-Page were fourth 2WD in their Mk2 just two seconds behind the rumbling Triumph. 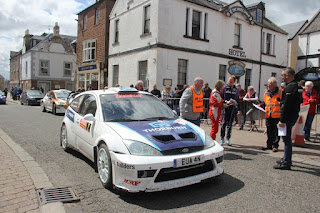