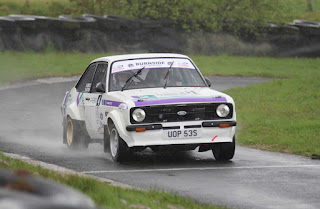 The scrap for second place featured a rare old battle with the Peugeot 206 of Des Campbell and Craig Forsyth sticking like a tick to a bull of the Mitsubishi Evo7 of Kenneth Blair and Jessica Jamieson, but Kenny just managed to hang on to the runner-up position by 11 seconds.

Ross Auld didn't get beyond SS1 (of 15) when the gearbox seized in the Escort while Colin Gemmell debuted his new 4WD VW Golf. He was leading the rally when a silly wee nut broke off the bottom of the front suspension and the car lost a wheel. 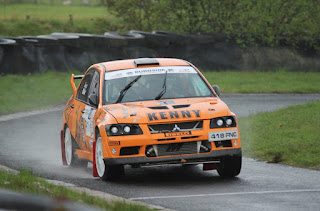 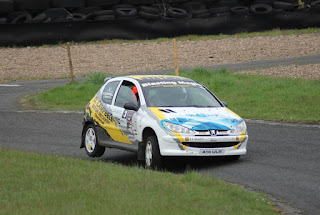