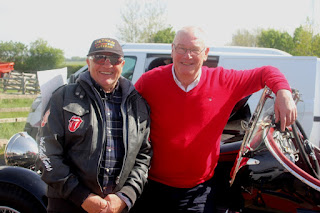 Once upon a time there was a motor racing circuit at Ingliston on the western outskirts of Edinburgh. Sadly no longer, although now used as a venue for the DCC Stages Rally once a year. The original race track itself is still there but few people who visit the Royal Highland Show or other events now held there will be aware of it or recognise it for what it was. Pity that, it was a great wee circuit.

Oddly enough I was reminded of that at the Brick & Steel Border Counties last weekend when two old motor racing chums met up and started shooting the breeze. One was ex-racing driver Cameron Binnie (faither of Michael) and long time pal and also ex- racing driver Keith Wickham both of whom raced at Ingliston in the glory days. 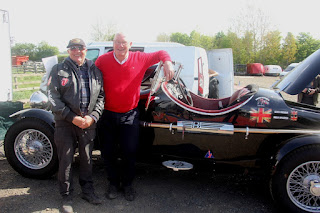 As one of Michael's rally sponsors, Keith had just popped in for a nosey and a natter - in his 1937, 4.5 litre Bentley Derby Open Sports velocipede recently returned from its successful Flying Scotsman Enduro Rally outing at the beginning of April. Wonderful.

Anyway, he didn't need much persuading to fire it up and give it some revs (maximum 4500 rpm) and said: "Don't you think it sounds a bit like a Spitfire?" And you know what, he's right. What an utterly marvellous machine.

And the Black & White photo? That was Cameron at Ingliston collecting the silverware 37 years ago. Hasn't changed a bit, eh? Apart from the new wig that is!! 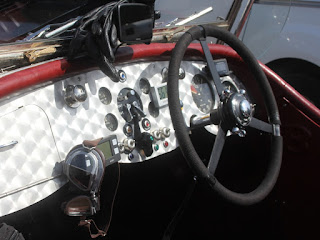 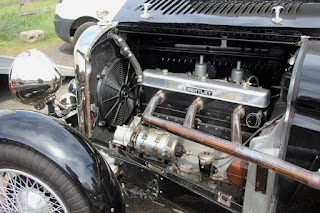 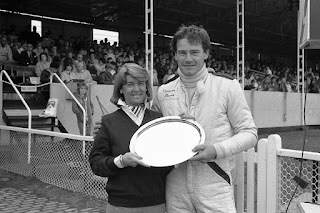