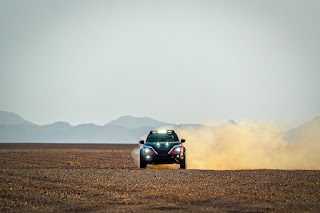 Last year Nissan issued some images of a rather special Nissan JUKE to celebrate the company’s participation in the East African Rally 50 years earlier.

Apparently the idea was so well received by the public that they have built a one-off 'rally prepped' car ahead of the  introduction of the new JUKE Hybrid road car this summer.

Admittedly it's more 'rally-raid' than 'rally car', but it begs the question. Would Nissan consider a comeback to rally raids, or even rallying? With the WRC going hybrid, do you think they could be tempted?

Apparently the answer is 'No' but you know what James Bond said:  "Never say never!" 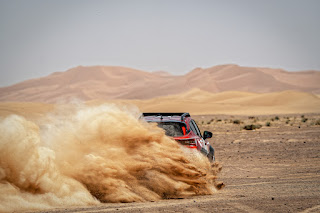